Thai Environment Minister to Speak at NatRef Event in Bangkok

Varawut Silpa-archa, Thailand’s Minister of Natural Resources and Environment, is scheduled to deliver the keynote speech at the Refrigeration and Air Conditioning Nationally Appropriate Mitigation Action (RAC NAMA) event, to be held in Bangkok on February 17.

The event, titled “Green Cooling Revolution: RAC NAMA Fund and the Future of the Thai Industry”, will highlight the RAC NAMA fund’s achievements over the past two years as well as showcase the natural refrigerant-based technologies available in Thailand today.

“For the past two years, the [RAC NAMA] fund has supported and accelerated the [Thailand] RAC industry’s switchover to natural refrigerant-based technologies,” said a statement released by GIZ, Germany’s international cooperation agency, which is the main implementer of the RAC NAMA project.

Thailand is targeting a 20% reduction in its greenhouse gas (GHG) emissions by 2030 under its “NDC [Nationally Determined Contribution] Roadmap on Mitigation 2021-2030” plan. The increase in energy efficiency and the transition to natural refrigerants in Thailand’s RAC sector is expected to make a significant contribution to this target.

“Recognizing the unprecedented and growing impact of climate change, the Royal Thai Government has integrated, for the first time, climate change into our development agendas,” Silpa-archa said.

Thailand has already achieved a 14% reduction in GHG emissions as of 2017 in the energy and transport sectors, Silpa-archa said. Post-2020, the government is focused on “putting in place necessary NDC architecture to align our academic actions with the Paris Agreement goal.”

“For instance we are formulating Thailand’s first climate change act and a long-term low- GHG emission development strategy.” In addition to enhancing its existing environmental fund to help leverage climate finance in the country’s local authorities and private sector, the government is “energizing climate change actions with other pressing environmental issues such as biodiversity conservation, reduction of short-lived climate pollutants and marine plastic pollution,” Silpa-archa said.

Silpa-archa is expected to speak further about the RAC industry’s contribution to reducing GHG emissions at the RAC NAMA event on February 17.

For more about the RAC NAMA project and how it is kick-starting Thailand’s transition towards the use of natural refrigerants, see Accelerate Magazine November-December edition here. 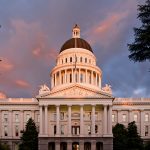 California Air Resources Board to Host Workshop on Cutting HFCs in Refrigeration, ACs 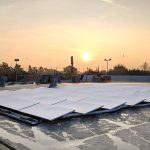