The Cool Ramping Up R290 Sales in Southeast Asia

At the ATMOsphere Asia 2019 conference, held in September in Bangkok, Thailand, a representative from Thai OEM The Cool made a strong statement during his presentation in the “Innovative Refrigeration Solutions” session.

“In the near future,” said Phurinat Sirirat, Assistant Chief Operating Officer, The Cool, “we are going to be 100% R290 and environmentally friendly.” During Sirirat’s presentation, he explained why The Cool sees R290-based technology as the future of its business and the steps it is taking now to achieve full adoption over the next few years.

Headquartered in Bangkok, The Cool manufactures, sells, and services commercial plug-in and mobile vending refrigerators and freezers. It was founded in 2001 and is now active in Malaysia, Indonesia, Vietnam, the Philippines, and Myanmar.

For The Cool, transitioning to R290 was not a recent decision. The company has been manufacturing R290 equipment on a limited scale for its large multinational clients since 2009. “It has been a global trend over the past 10 years for our clients such as Nestlé and Unilever to use R290 for their smaller sized freezers,” said Sirirat. “All mobile vending ice cream cabinets and display freezers had to be 100% R290.”

For these companies, sustainability became a top corporate priority a long time ago. Nestlé, for example, committed to purchasing only natural refrigerant-based ice cream chest, upright, and island freezers worldwide in 2016. Unilever, as a part of its own sustainability initiatives, began purchasing hydrocarbon-based freezer cabinets for its ice cream products in 2004. These decisions had an impact on technology suppliers worldwide, as Nestlé and Unilever’s equipment specifications began to shift completely towards natural refrigerants.

Unilever in particular, highlighted the importance it places on its partnerships with its equipment suppliers around the world in deploying hydrocarbon-based equipment. “A big part of our job is working with suppliers and communicating our requirements – most innovation comes from collaborating through the supply chain,” said Stephen Breen, Research and Development Manager for Unilever on its website. “By showing suppliers the demand is there, we can help bring these innovations to the commercial market more quickly.”

In Thailand, The Cool’s leadership team recognized that this technology shift from its largest multinational clients was a signal of things to come. The decision to invest in making the shift as well was not without its risks. “We had to invest in brand new [production] machines as well as in additional safety [measures] for our staff and in our facilities,” said Sirirat. “And it was not immediately clear how many years it would take for us to get a return on our investment.”

There were certain benefits, however. One of these was the fact that compared to R22 and R134a, using R290 resulted “in a 40% reduction in refrigerant charge,” Sirirat’s presentation stated.

Although interest in the technology domestically was still low, Sirirat said that this has also been changing. “In the past three years, compared to five years ago, [interest] has been getting better and better,” said Sirirat.

Ultimately, the benefits combined with the shifting global landscape outweighed the risks of not acting quickly enough and The Cool decided to pursue this direction seriously. “Our top management saw that this was a global trend and that we had to be leaders,” said Sirirat.

The Cool, with its significant experience with R290, seemed to be a good match. With the help of RAC NAMA, R290 production lines were enhanced, equipment was improved, and safety standards were refreshed, according to Sirirat.

In addition, Sirirat said that R290 training for its staff has been reinforced with larger scale programs now available and run by RAC NAMA at locations like King Mongkut’s University of Technology North Bangkok (KMUTNB), which Sirirat said its staff had recently attended.

With RAC NAMA’s support going forward, The Cool seems set to significantly ramp up its sales activities for R290 in Thailand. At ATMOsphere Asia 2019, Sirirat commented, “this is now the direction of our internal policy — to prioritize [R290] technology. If our clients have a choice, we convince them to use [R290] first with any promotions that we can do or with the long-term benefits that they can get as the end user. That is what we are aiming to do right now.”

The Thailand Refrigeration and Air-Conditioning Nationally Appropriate Mitigation Action (RAC NAMA) project is a national Thai initiative aimed at initiating a sector wide transformation towards the use of climate-friendly and energy efficient cooling technologies.

The project was commissioned to GIZ, Germany’s international cooperation agency, in March 2016 by the NAMA Facility on behalf of the Governments of the Federal Republic of Germany and of the United Kingdom and lasts until March 2021.

The project is implemented in cooperation and partnership with the Thai Government represented by the Office of Natural Resources and Environmental Policy and Planning (ONEP) and the Department of Alternative Energy Development and Efficiency (DEDE), as well as the Electricity Generating Authority of Thailand (EGAT) as host of the RAC NAMA Fund, the financial facility of the RAC NAMA project. 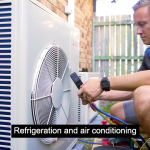 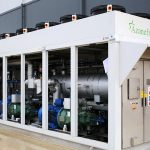