For his pioneering work in refrigeration, the Melbourne-based Australian Institute of Refrigeration, Air Conditioning and Heating (AIRAH) celebrates inventor James Harrison every year on his birthday. This year was no different, despite the continuing COVID-19 lockdowns.

James Harrison was born on April 17th, 1816, in Scotland, moving to Australia in 1837. He is considered the first to design and manufacture a commercially viable machine to make ice, in1854.

As AIRAH notes in its website, it featured a vapor compression system, just like those found in modern refrigerators and air conditioners today. “Harrison’s ether-vapor compression refrigeration system used a compressor to force ether through a condenser, where it cooled and liquefied. The liquefied gas was then circulated through refrigeration coils, and vaporised again, cooling down the surrounding machine.”

Designating April 17 as “James Harrison Day,” AIRAH urged those involved in the HVAC&R industry to get involved in celebrating Harrison’s achievements.

“We encourage you to take some time on April 17 to recognise the many individuals and organizations who contribute their time, energy, creativity and innovation to delivering and advancing HVAC&R,” says AIRAH.

The book James Harrison – Pioneering Genius by WR (Roy) Lang, which has recently gone out of print, has been made digitally available on AIRAH’s website. The website itself has a detailed account of Harrison’s life and the debt owed to him by the HVAC&R industry more generally.

The usual in-person events to celebrate Harrison have been postponed due to COVID-19. However, on April 17, AIRAH’s hashtag #jamesharrisonday was taken up both within and outside the HVAC&R industry, in posts by World Refrigeration Day as well as by Mitsubishi Electric Australia.

This year, AIRAH will also award its highest honor, “The James Harrison Medal,” to an individual “in honour of the highest levels of achievement in the Australian refrigeration and air conditioning industry.” This will take place on Tuesday, November 10 at the AIRAH Awards event in Sydney, Australia, which will run from November 8 to 10. 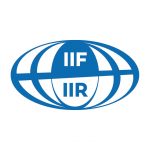 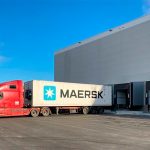