Australia’s independent food retailers are looking for direction in how to future-proof their refrigeration equipment, according to companies exhibiting natural refrigerant technology at the Metcash 2019 Expo, held July 14-16 in Gold Coast, Australia.

“During the last 3 days, we have had a number of people come see us at the stand looking for direction on refrigerants and how they can future-proof themselves with their current or new stores,” said Inderpal Saund, Beijer Ref’s APAC business development manager

To that end, he provided information on natural refrigerant-based solutions. “It was interesting to see that there are still a lot of misconceptions when it comes to the naturals,” said Saund.

“It was interesting to see that there are still a lot of misconceptions when it comes to the naturals.”

Saund said that Beijer Ref’s main goal at the show was to “educate the IGA owners, consultants, and operators on refrigerant options for the future.”

Beijer Ref was exhibiting several natural refrigerant-based systems, including its SCM Frigo line of CUBO2Smart CO2 condensing units and Embraco’s R290-based Plug n’ Cool system, a modular unit for self-contained display cases that was only recently made available in Australia.

Embraco’s R290 Plug n’ Cool system attracted a lot of attention at the show, according to Herlon Eckermann da Silva, sales manager for the Asia-Pacific region for Embraco.

“It was the first time Embraco participated in the Metcash Expo and it has definitely reached our expectations,” said Eckermann da Silva.

The Plug n’ Cool received attention “especially due to its modularization concept,” which applies both to merchandisers and cold rooms, and also “due to the use of natural refrigerant R290,” he added.

With the IEC’s recently announced increase in its hydrocarbon charge limit to 500 g (17.6 oz) from 150 g (5.3 oz), R290 solutions have a chance to gain market share in Australia due to reduced upfront costs of the equipment, Gatti said during the ATMOsphere Australia 2019 conference held in Melbourne in May.

“For us and our little part of the world, [the increased IEC hydrocarbon charge limit] means that the [R290] cases become more affordable,” Gatti said.

“One of the R290 freezer cabinets that we are bringing in that’s on R290 has two circuits. So instead of two, now that potentially will go to one, and then the cost of that would dramatically go down.” 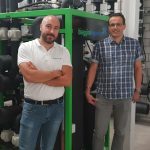 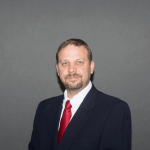