On the morning of 8 May (day one of the ATMO conference, organised by shecco, publisher of this website), Jan Dusek – shecco’s business development mananger in the Asia Pacific – informed participants of the reversal. “Today, at four in the morning, I got the confirmation that this update will go ahead,” said Dusek.

“The standard vote was revised by the IEC Central Office…therefore the Final Draft for the International Standard for edition 3 of IEC60335-2-89 was APPROVED…This is going to have a big impact on our industry,” he said.

Over the next two days, several of these participants reflected on the impact the decision could have on the Australian market.

Ricky Gatti, general manager at Coolphase, a refrigeration, air-conditioning and electrical contractor based in Queensland, said that the decision would have a big impact on the cost of technology and its adoption in the Australian market.

“For us and our little part of the world, it means that the [R290] cases become more affordable,” Gatti said.

“One of the R290 freezer cabinets that we are bringing in that’s on R290 has two circuits. So instead of two, now, that potentially will go to one, and then the cost of that would dramatically go down.”

Gatti said that Coolphase had recently begun importing R290 refrigerated cabinets into Australia after seeing the systems operate in Europe.

In light of the news, Coolphase will be looking to import more of the cabinets in the coming months, according to Gatti.

“It makes them more affordable for our customers, which is going to be a good thing because more people will use them,” he predicted.

In addition to reduced upfront costs, the increased charge limit and the resulting simplified design could also have an impact on maintenance costs.

R290 technology supplier Embraco announced during the conference that it was now offering locally manufactured R290 plug-in systems to the Australian market.

“Wearing a retailer’s cap,” said Ferlin, “and thinking about the potential maintenance implications of having so many condensing units in the store, reducing that number would be much more attractive”.

“In light of recent developments, have you been working on or do you already have market-ready solutions which can go up to 500g and therefore reduce the number of condensing units?” Ferlin asked Embraco.

“We are very happy with this news that the refrigerant charge can be increased to 500g. Some research and development was already ongoing while the decision from the IEC was going in parallel. So very soon we are going to present solutions even bigger than what we are currently offering,” Pereira Junior said.

Emerson is another company that had already been anticipating the change. Shannon Lovett, the company’s senior business manager for cold chain solutions, highlighted the company’s recently released horizontal scroll compressor for R290.

The product was developed in anticipation of the rise in charge limits for R290, according to Lovett.

Regarding availability in Australia, Lovett said that “at the moment, it is not commercially released here”.

“But with yesterday’s news, I think that opens up a lot of opportunities.”

“Actually,” Lovett revealed, “there is one of the local case manufacturers that has got some test units that they are testing. So it is available for testing at this stage, if that was something someone was interested in.”

Though still early, the news energised participants in the ATMOsphere Australia conference.

“It’s positive news. We were in favour of this direction and I think that it will push a lot of the technologies that we have to new limits. We’re gonna see a lot of hydrocarbons in much more applications and larger applications. So, it will be a good challenge.”

“However, we will also consider that it will not be immediate. There are safety measures to take so it will take a while – but the future ahead is quite interesting.” 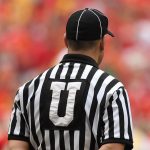 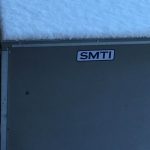