In the wake of horrific wildfires attributed in part to climate change, the Climate Change Bill 2020 (National Framework for Adaptation and Action), has been published and will be presented to Australia’s federal parliament.

If passed by the parliament, the bill would enable Australia to make an immediate and positive response to the risks, challenges and opportunities of climate change.

This is according to independent MP Zali Steggall, who is driving the bill, which is modeled on the U.K.’s Climate Change Act, passed in 2008, and mirrors framework laws in place in New Zealand and Ireland. Steggall’s bill sets a statutory, long-term target of net-zero emissions by 2050 and requires five yearly, economy-wide carbon budgets to meet the goal.

Australia was only the 10th country to ratify the Kigali Amendment to the Montreal Protocol on October 27, 2017, committing to a gradual 85% phase down of HFCs, which add to global warming, by 2036. The country’s HFC phase down started on January 1, 2018, and on January 1 this year, legal restrictions on HFCs and HCFCs in Australia were tightened as part of its HFC management plan.  In addition, in late 2017, Turnbull government proposed the National Energy Guarantee (NEG), to deal with rising energy prices in Australia and the lack of clarity for energy companies to invest in energy infrastructure.

But according to Steggall, Australia needs to do more to meet its Paris agreement targets for 2030 to keep global warming to 1.5°C. “We need to look at our risk assessment across all sectors,” Steggall explained. In a video interview Steggall did with TV network ABC on January 10, 2020.

“To manage our economy and environment sensibly and responsibly, Australia must have strong national plans to adapt to increasing impacts of climate change, to reduce and mitigate its risks and to leverage its opportunities,” said Steggall in a recent blog post. The Climate Change Bill sets out a clear framework for national plans to be put in place and updated by the Australian Government, and for progress to be rigorously monitored and reported, the post explained.

The bill looks at a risk assessment across all sectors and an adaptation plan, said Stegall in the ABC interview. “It’s long overdue,” Steggall said. “I wish it was 10 years ago.” According to Steggall, the government is not doing enough with regards to climate change and a more long-term plan is needed.

According to Steggall’s blog post, this national framework will ensure that Australia has: 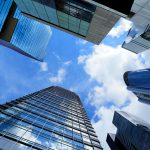 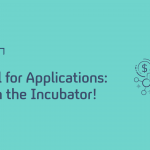