The Excellence in Refrigeration award at the 2019 Australian Institute of Refrigeration, Air Conditioning and Heating (AIRAH) Awards ceremony was jointly given to Scantec Refrigeration Technologies and Woolworths Food Group for their natural refrigeration projects.

Winners were announced in 12 categories that included advances across residential development, healthcare, product innovation, and food and cold-chain management.

Reflecting the high quality of the finalists, and the small margins between them, joint winners were announced in three categories, including refrigeration.

In the refrigeration category, Scantec Refrigeration Technologies was recognized for its low-charge ammonia system installed at for distributor Bidfood in Mackay, North Queensland. Stefan Jensen, Managing Director of Scantec, received the award, explaining that this project offers “an energy savings of 71% better than the old R404A system and 40% better than an equivalent transcritical CO2 system.”

Also in the refrigeration category, the Woolworths Food Group won for its Woolworths Prestons Supermarket in New South Wales. Dario Ferlin, Refrigeration and Sustainable Innovations Engineer at Woolworths, accepted the award, noting: “It has been an exciting project.” He explained that it is the first integrated HVAC&R transcritical CO2 system in Australia and thanked everyone involved in making it a reality.

The annual AIRAH Awards took place on November 14 to recognize excellence and achievement in Australia’s HVAC&R industry. This year, a record 320 people attended the event.

In his opening speech, AIRAH president, Ian Harwood stated that “tonight is about acknowledging all the good things we do in this industry.” He said the purpose of the awards was to have a chance “to recognize, to elevate and to celebrate a group of people who have always been more about the work than receiving awards for the work.”

AIRAH also recognized current and future leaders in the field. The Institute’s highest honor, the James Harrison Medal, was awarded to the University of Wollongong’s Paul Cooper for his focus on developing the most efficient and effective engineering solutions to improve the quality of living and working environments for all.

Cooper, in his acceptance speech, said that the industry needs “more creative people to address the incredible environmental challenges we are facing.” He urged everyone to recruit more people, both men and women, stressing the need for mentorship. “My challenge to all of you is to inspire them to pursue their studies in mechanical engineering.”

The Excellence in Diversity and Inclusion Award went to Ben Adamson of Refrigeration Enginnering International. “My staff has been everything in the success of the company,” he said. “We take pride in people from diverse experiences, genders, nationalities, religion and cultures.”

The other AIRAH Awards 2019 winners were: 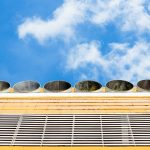 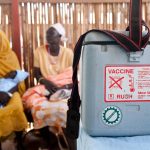 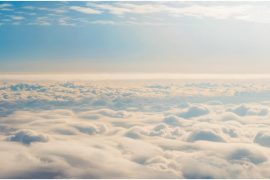 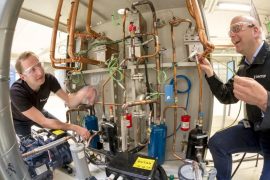