So said Domenic D’Agostino, Operations Manager at Michael’s/Fairleys Supa IGA Stores, a group of five independent supermarkets (and a liquor sore) near Melbourne, in a recent update on the progress of the store.

The remodeling was completed in November 2019, and is the retailer’s first transition from traditional refrigerants to CO2 in an existing store.

The 3,500m2 (37,673.7ft2) Keysborough store has been designed to maximize efficiency with all-LED lighting and all of its dairy and meat cases behind glass doors.

D’Agostino is waiting for a full year of operation, and for the HVAC part of the system to be optimized, before coming to any final conclusions and the HVAC&R system’s performance. But he is certain about its beneficial environmental impact.

“The thing that is best is the carbon footprint, and how much better the CO2 is for the environment,” he said. “You cannot put a price on that aspect.”

The capacities of the racks are as follows:

Work on the started in July of 2018 and was completed on November 22, 2019, according to Quintan Naude, Project Manager at MB Refrigeration (part of the MB Group), which handled the design and installation of the refrigeration system.

The retailer specified natural refrigerants, according to Naude. “They invested in the future of the planet by promoting a lower carbon footprint.”

The size of the store made it difficult to coordinate all the elements. “The most difficult obstacle was our piping route that clashed with mechanical ducting and underground services,” Naude explained. “This was resolved by good communication skills with relevant parties on  site by means of detailed drawings and landscape surveyors.”

D’Agostino acknowledged dealing with “a few minor issues” – a faulty CO2 sensor, some high temperature issues during the commissioning stage, and some freezing issues around the case coils. “Nothing too out of the ordinary in the scheme of things for a project of this size.”

D’Agostino noted that for him, getting familiar with, and training  others to  use, the Carel controller “has probably been the biggest challenge,” as he is accustomed to using a Danfoss system.

This article is included in a special issue of Accelerate focusing on Best Practices for natural refrigeration in Food Retail. Read the entire issue here. 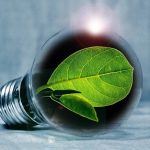 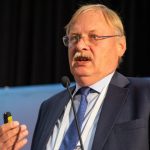