Ammonia (NH3)/CO2 cascade refrigeration systems have been widely used in cold storage and food processing facilities around the world as an energy-efficient solution that can minimize the ammonia charge and keep it out of the refrigerated space.

However, supermarkets have tended to shy away from NH3/CO2 systems, mostly because of the presence of ammonia, a potentially toxic substance with a pungent odor. Around the world, a relatively small number of supermarkets have opted to install this system, including only five stores in the U.S.

Recently, another supermarket has been added to the list of NH3/CO2 users – a new large-format retail warehouse in Perth, Australia, operated by a major international membership – based retailer. (The retailer declined to be named for this article.)

Nu-Tech Group, a Sydney, Australia, based contractor specializing in commer-cial refrigeration, finished installing the NH3/CO2 system in January of this year, and commissioned it in February; the 13,206m2 (142,148ft2) store opened in March. This the third NH3/CO2 project for a retail warehouse that Nu-Tech has carried out.

The retailer chose an ammonia solution after consulting with the Nu-Tech Group. Its decision was “based on the energy efficiency of running a CO2 plant with mechanical subcooling [using] NH3 ,” said Adam Walters, Project Manager at the Nu-Tech Group.

“Environmental reasons and the phase down of HFCs were also factored into the move to natural refrigerants,” said Walters.

The retailer has gained some experience with a CO2 cascade system through the previous implementation of R134a/CO2 hybrid systems (installed by Nu-Tech).

In addition, there are 46 Hussmann display cases and Danfoss controls; the cool room contractor was ISD-Solutions.

ROI OF FIVE TO SEVEN YEARS

NH3/CO2 systems are typically more expensive than alternative systems. At this store, where the system accommodates 11 cool rooms, five preparation rooms and 46 refrigerated cases, the retailer paid a cost premium of approximately 25% over the previous generation HFC/CO2 cascade, said a spokesperson for the retailer.

Depending on energy costs, a return on investment for the premium “could be anywhere from five to seven years,” the spokesperson said.

It is too early to definitively state the energy efficiency gains from the NH3/CO2 system, though similar store installations in other parts of the world have enjoyed considerable energy savings. The system’s efficiency is being “monitored and assessed,” Walters said.

The initial signs are promising, and Walters noted that the “system has been running well.”

The NH3/CO2 mechanical sub-cooling design has been effective, he added, even during the “extreme hot days towards the end of summer,” which is important given Australia’s increasing heat waves.

Walters acknowledged that it is unusual for a retailer to use ammonia-based refrigeration in a store, but this installation has not posed any safety concerns, with a relatively small amount of ammonia being used.

“The ammonia units are a low-charge plant and hold around 15kg (33lbs) per chiller,” said Walters, adding that each chiller pack has a “full leak detection system built in.” The CO2 charge is 1 metric ton (1,000kg) per pack.

Walters noted that the store adheres to all regulatory safety requirements for NH3 and CO2, but the site does not need to be licensed for dangerous goods due to the low quantity of refrigerant.

The main challenge associated with the system, he said, has been “merging the typically industrial NH3 solution with the more commercial CO2 super-market solution. For that, local staff and contractors have spent time working with Nu-Tech to understand the dynamics of the plant. “Onsite training, ongoing remote monitoring and tech support are also supplied,” Walters said.

Installations such as these may become more common in future. “As the industry moves further towards natural refrigerants, the energy efficient NH3/CO2 system is a viable solution for commercial applications,” he said.

As the industry moves further towards natural refrigerants, the energy efficient NH3/CO2 system is a viable solution for commercial applications. 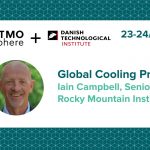 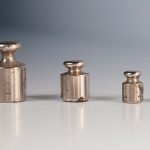