Baker Refrigeration, one of Australia’s leading commercial refrigeration contractors, is stepping up efforts to train its staff to use CO2 refrigeration systems, heard participants in this year’s ATMOsphere Australia conference, held on 8-9 May in Melbourne.

“We’re going to make a transcritical CO2 training facility that we are going to build ourselves in-house,” said Mike Baker, managing director at Baker Refrigeration.

Baker said the new facility was being built in the context of relocating the company’s technical training centre to Melbourne from the company’s headquarters in Perth.

“This is so we’ll be able to train our own people in a more central location from Sydney, Brisbane, Adelaide and Perth.”

Baker stressed that the CO2 training is urgently needed, because the company has another four transcritical CO2systems scheduled to be commissioned this year.

“We need to train our guys — both tradesmen as well as apprentices — in [CO2] today.”

The company has already completed 20 transcritical CO2 system installations at local retail chains such as Aldi, Ritchies, Drakes, and others.

‘Its got to be natural’

Baker reiterated his company’s commitment to a future with more and more natural refrigerant technology during his presentation at ATMOsphere Australia.

“In the future we aren’t going to use HFCs,” Baker said.

“They’ll be too expensive. So we’ve got to use some sort of gas to cool our food but it’s got to be natural. Not only with CO2 but hydrocarbons as well.”

Reacting to the news about the IEC charge limit increase to 500g announced earlier that morning, Baker said “We’re seeing that great news that we can now use more than 150 grams in something so that [hydrocarbon] technology will come very quickly from Europe and again, our people, our tradesmen, will need to know that.”

“It’s safety and understanding of technology that we’ve got to be at the forefront of.” 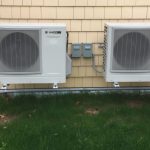 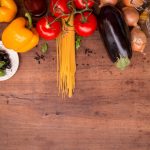