AJ Baker & Sons turned 100 in May. For the Perth, Australia-based contractor specializing in refrigeration design, installation, servicing, and maintenance, it was a moment to reflect in its history, and look to future trends as a key supplier of natural refrigerant systems.

AJ Baker began celebrating its centenary on May 1, under the heading “100 Years Fresh.” The company is marking the occasion with a dedicated section of its website (see https:// bit.ly/3gqPRc1), as well as a book.

“We planned a large celebration in June 2020 and secured [Western Australia] Senator Michaelia Cash to open the cele-bration,” said Mike Baker, Managing Director at AJ Baker. Due to the COVID-19 pandemic, “this has been put on hold for now.”

So, to reflect the company’s achievements, AJ Baker has assembled resources such as photographs, pamphlets, and texts outlining its history. These are updated regularly on the company website.

The website builds on the work of Shannon Lovelady, a local historian, archivist and curator at the Museum of Perth.

Lovelady “arranged to digitize a gold mine of photos, letters and documented history discovered in the company archives,” said Mike Baker. “Shannon was so excited she proposed a book be written to ensure this history is not lost.” The book will be released later in 2020, he added.

From printing-house agent to NatRef supplier

AJ Baker was founded in 1920 by mercantile agent Albert John Baker. The business began as an agent for Frearsons, an Adelaide-based printing house, expanding later that decade to other products, including Avery Scales.

In 1931, AJ Baker became the sole Western Australian distributor for Amat-Ice Refrigerators, and sold its first refrigerator. The company subsequently branched out into refrigeration installation, installing its first supermarket system in Perth, in 1955.

Over the past 15 years, AJ Baker has experienced a period of significant expansion, from a one-state (Perth) business to one that is in all five mainland Australian states. The company now employs more than 240 people in six branches (two in Perth), making it one of the largest privately owned refrigeration contractor businesses in Australia.

In recent years, AJ Baker has been regularly supplying and installing natural refrigerant-based refrigeration systems. “We started with hydrocarbon freezers for the supply to a major international supermarket chain here in Australia,” said Mike Baker.

Its original hydrocarbon refrigeration supplier, AHT Cooling Systems, based in Rottenmann, Austria, has since been joined by other manufacturers like Epta and Criocabin. “The majority of European manufacturers are now moving to offering hydro-carbons as their base or standard refrigerant,” said Mike Baker.

AJ Baker also works with transcritical CO2 systems, installing its first system in April 2014. As of May 2020 the company had installed 27 transcritical systems for supermarkets.

According to Mike Baker, AJ Baker has installed seven transcritical CO2 systems for a major supermarket chain, as well as 20 systems in independently owned stores under the Independent Grocers of Australia (IGA).

For example, a new training center being established in Victoria will showcase a transcritical CO2 pack that Epta has custom-designed and built for training. The company has also recently partnered with the Technical and Further Education (TAFE) South Australia (SA) training academy to develop virtual-reality content for a hydrocarbon refrigerant training module.

AJ Baker began importing Epta’s Costan brand display cabinets in 1994, and is currently importing the Bonnet Neve brand. “We import display cabinets from four of their European factories, as well as their China and Thailand factories,” said Mike Baker. “This provides multiple supply chain, design and value proposition offerings, allowing us to tailor-make our offer to our customers.”

As well as importing cabinets, AJ Baker has worked with Epta in designing refrigeration packs since 2007, importing its first pack in 2008.

“Our close collaboration has allowed for standard designs being implemented for our larger customers, tailoring design features to their requirements,” he said.

Mike Baker said that AJ Baker’s use of transcritical CO2 systems was part of a trend in Australia to “reduce and/or eliminate the need for HFC refrigerants.”

“The growth of natural refrigerants will be inevitable, given the market forces with lowering supply of HFCs into the future, plus the replacement of HFCs by equipment manufacturers,” he said.

Transcritical systems not only reduce GWP, but also offer improved energy savings and a “reduction in overall environmental impact.”

“It is the future – ‘old’ HFC gases are banned in Europe and market forces here in Australia will drive their price up dramatically in the future.”

Likewise, Mike Baker described hydrocarbons as the future of refrigeration for small integral units. “We will see hydrocarbon refrigerated units become the standard going forward,” he said. “They are more energy efficient as well as being quieter and environmentally friendly.” 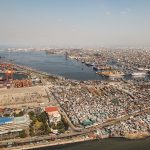 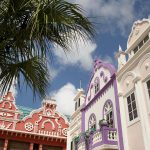