Every day, the distillery – located in Pontville, Tasmania – needs some 6,000 litres of hot water at 90°C to heat the barley mash used in production.

Considering the distillery’s daily water volume and temperature requirements, as well as the colder temperatures experienced at the distillery in winter, “it was agreed that Mitsubishi Heavy Industries’ Q-ton, CO2 air-to-water hot water solution would be perfect for the application,” Miller said.

From its high point of 90°C, the water is later cooled to between 64°C and 65°C, the optimum temperature to dissolve sugars contained within the starch of malted barley. At the end of the process, the temperature is increased to 70°C to dissolve enzymes within the mash.

Conventionally, the water used in the above processes is heated using an instantaneous electric hot water heater. Amid ever increasing electricity prices in Australia, “this was becoming expensive and unsustainable” for the distillery, said Miller.

Gas was not a viable alternative option because the Shene Estate is not connected to the gas grid. MHIAA’s Q-ton fitted the bill as an alternative and more energy-efficient hot water solution that could operate in the area’s low outdoor temperatures.

The Q-ton heat pump works by drawing heat through an evaporator containing CO2, which absorbs the heat in the air. The two-stage compressor compresses the refrigerant under high pressure to raise its temperature, while a heat exchanger uses heat from the refrigerant to generate hot water, which is then stored in tanks.

It was agreed that Mitsubishi Heavy Industries’ Q-ton, CO2 air-to-water hot water solution would be perfect for the application.

The new installation was completed in July 2017. The distillery’s previous water heater had only achieved a coefficient of performance (COP) of one, delivering 48 kW output from 48 kW input. Because the Q-ton is more efficient, “it is much cheaper to run, delivering huge reductions in running costs,” Miller says.

Thanks to the Q-ton, the distillery should save 60% per year on its energy bills compared to an instantaneous heater, according to MHIAA. “The Q-ton’s remote-control scheduling function allows it to produce hot water during off-peak electricity periods and store this in tanks for later use, offering even further cost savings,” Miller says.

Click here to read this article in the autumn 2019 edition of Accelerate Australia & NZ magazine. 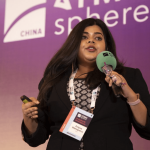 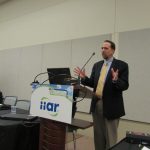