A very popular entertainment and function center in Sydney, Australia, is the latest company to install hydrocarbon-based air-conditioning units from Polaris Technologies.

Polaris, a Sydney-based OEM, has supplied more than 85 hydrocarbon AC systems for light-commercial applications in Australia over the past year, opening the HVAC market in the country to hydro-carbon systems. (See “Hydrocarbon HVAC Systems Gaining Traction in Australia,” Accelerate Magazine, March 2020.)

The large venue in Sydney’s southern suburbs, which has been in operation for over 25 years, installed Polaris’ “HideAway Series” ducted packaged units in January to help the owner deal with sweltering summer temperatures in Australia.

The HideAway Series, which doesn’t require outdoor units, uses .5kg (1.1lbs) of M60 hydrocarbon refrigerant per unit; this blend from Engas consists of under 35% propane, more than 60% propylene, less than 5% isobutaine, and less than 1% butane.

The venue’s HVAC installation took place during what was a record-breaking Australian summer (December-February), with temperatures on the exposed National Park site north of Sydney exceeding 47°C (117°F), noted Tony Power, Principal at Polaris Technologies. HideAway units operate up to an ambient temperature of 60°C (140°F).

They can do this because hydrocarbons have a higher critical temperature than f-gases, and thus “a greater cooling capacity was available during extreme heat wave conditions, Power said.” Moreover, he added, in high ambient temperatures such as these, “the energy savings to this client will be in the order of 20% – 25%.”

The owner’s response to the installation has been positive, Power said, “They understood the environmental benefits and were pleased with the energy savings.”

The entertainment center consists of three buildings that require quiet, reliable and durable cooling units; twenty-two “plug-and-play” HideAway hydrocarbon units were installed with a total of 214 kW (61TR) cooling capacity. The Polaris units were the only ones installed.

The units have operated “without fault” though running continuously, said Power.

The fact that HideAway units don’t require outside units or piping resulted in “big savings” in installation costs, said Power.

The use of discreet units without pipework is important to any building owner, including this one, Power noted. “Leaks can be a problem at an entertainment or function venue with heavy items being constantly moved around the site.” The HideAway units “offer almost zero risk of refrigerant leaks to the atmosphere,” he added.

Installation contractor Harbour City Air Conditioning, based in Frenchs Forest, Sydney, observed the units’ performance in hot weather, their low discharge pressures, low running amps, as well as the absence of strain on the equipment.

Power said Polaris is getting an increasing number of inquiries wanting to learn more about natural refrigerants, GWP and potential energy savings. Still, there is a lack of local literature promoting the uptake of hydro-carbon systems, and some HVAC contractors take the position that “’It’s never been used before, why should we start now?’” he acknowledged, adding that it will take time and effort to increase the uptake of hydro-carbon systems in Australia.

But progress is being made. “There are so many positives around hydrocarbons, and resistance from specifiers has fallen significantly,” said Power. “And as a manufacturer, the use of Engas M60 has far surpassed MEPS [minimum energy performance standard] levels.”

“Harbour City Air and other contractors have now completed multiple commercial projects using the systems in commercial projects,” added Power. “One hundred percent of the customers have commented that hydrocarbons will be their preference going forward.”

One hundred percent of the customers have commented that hydrocarbons will be their preference going forward.“ 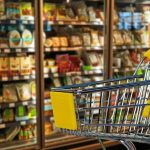 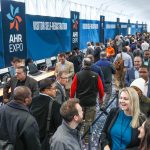