Since successfully installing its first Climate Wizard indirect evaporative cooler that runs completely on water (R718) in 2009, Australian manufacturer Seeley International has been rapidly expanding deployment of the energy-efficient air conditioning system in Australia and around the world.

Thousands of commercial and industrial locations – from resorts and wineries to data centers and government offices – are using it.

Seeley has more than 500 employees and a sales office in each state capital city in Australia. Its head office and main manu- facturing facility is in Lonsdale, South Australia, with other factories in Albury, New South Wales Wales as well as Denver, Colorado, and Sacramento, California, in the U.S.. The company exports to over 120 countries and has sales offices in the U.S., U.K., Europe, and South Africa. It holds more than 300 patents.

To get a picture of Seeley’s technology and business, Accelerate Magazine talked to Michael Hamilton, its General Manager – Commercial Sales in Australia and South Africa.

//Accelerate Magazine: How does the Climate Wizard work?

Michael Hamilton: Hot outside air enters the cooler via the inlet, after which a powerful, energy-efficient, electric fan moves the air towards and  through  the core. The core is an air-to-air heat exchanger consisting of alternating dry and wet channels. All of the air passes along the dry channels and gains no additional moisture.

As the air exits the dry channels, a portion of the conditioned air is returned through the wet channels. Through evaporation and conduction, it gains both moisture and heat. The channels are continuously soaked with water, and this moist, warm air is then exhausted to the outside of the building.

Water usage varies depending on where the unit is installed. But the most popular model uses between 20-50ltr (5.3-13.2gal) per hour. The water quality is controlled by a water management system, which includes salinity sensor and auto drain functions. These advanced monitoring systems minimize the amount of water required to bleed to waste. The water temperature in a Climate Wizard does not get anywhere near the level that legionella will breed; however, the Climate Wizard is fitted with a chlorinator to further mitigate this risk and also prevent microbial growth.

The Climate Wizard can operate in ambient temperatures up to 55°C (131°F) with an increase in performance the warmer it becomes. It uses a patented counterflow heat exchanger that allows supply temperatures to be delivered at 1-3°C (1.8-5.4°F) below the ambient wet bulb temperature.

Michael Hamilton: The use of indirect evaporative cooling is still very popular and extensively used in a broad range of applications. We have also seen significant growth in the past several years of Climate Wizard Indirect and Indirect/Direct evaporative air condi- tioning. Even in the more humid climates, Climate Wizard is used for economically pre-cooling outside air to reduce the size and load of the refrigerated plant; therefore, Climate Wizard plays its role in the total HVAC solution.

//Accelerate Magazine: How does the Climate Wizard compare in cost and effi- ciency to commercial/industrial chillers?

Michael Hamilton: The best way to answer this question is to talk about a current project where Climate  Wizard is being used in lieu of a chiller plant. In this case, we estimate that the energy saving will be approximately 80% while the peak electrical demand for the site was reduced by 60%. The total cost of the Climate Wizard installation was slightly less when compared to the equivalent chiller plant.

//Accelerate Magazine: In terms of the climate crisis, what impact does the Climate Wizard make?

Other benefits include lower cost of replacement refrigerant and lower operating pressures, which reduce wear and tear on regrifgerated equipment and extend equipment longevity.

//Accelerate Magazine: What is the biggest challenge the Australian/NZ HVAC&R industry faces?

Michael Hamilton: The biggest challenge facing our industry is that we are not chal- lenging the status quo from an HVAC and building-design viewpoint. Therefore, our products and services are not valued and this can reduce the profit of many of the HVAC&R businesses operating in our industry.

//Accelerate Magazine: What trends are you noticing in the Australian/NZ HVAC&R industry?

Michael Hamilton: I think our industry follows trends set in Europe or Japan. I don’t think we create a trend of our own, which is a little disappointing. I would like to see a bigger movement towards the WELL Building Standard, a perfor- mance-based system for measuring, certifying and monitoring features of the built environment that impact human health through air, water, nourishment, light, fitness, comfort and mind. “Healthier people through better buildings.”

//Accelerate Magazine: What are Seeley’s plans for expansion?

Michael Hamilton: We are committed to a sustainable HVAC&R future. We invested AUS$25 million (US$16.8 million) in capital expenditure last year at our South Australian factory to support new product development in both existing and new categories. We want to continue to launch products and processes that are global firsts. 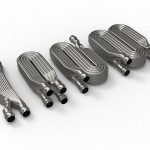 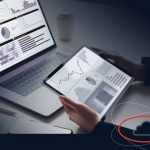