Kaufland, a German hypermarket chain, announced it is leaving the Australian market, “despite never opening a store and investing over half a billion dollars on property, staff and distribution,” according to an article published by the Sydney Morning Herald on January 22.

Kaufland is owned by the Schwarz Group, a private family-owned retail group that also owns and operates Lidl. Lidl is a discount supermarket chain that operates over 10,000 stores across Europe and the United States and is a major user of propane (R290) refrigerant

An example of Lidl’s use of R290 is the French market, where in August of 2018, it opened its first supermarket with 100% hydrocarbon-based cooling. “Since then and from now on, our strategy is for all new stores to be 100% propane-based,” said Nabil Rehab, project manager — refrigeration systems, Lidl France, in the Spring 2019 issue of Accelerate Europe magazine. While Lidl is a major user of natural refrigerants, it is unclear what role natural refrigerants plays for Kaufland.

Kaufland said that “it would make an ‘orderly withdrawal’ from Australia, giving no reason other than to say it would focus on its European operations,” according to the Sydney Morning Herald. 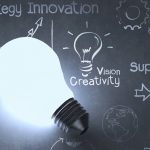 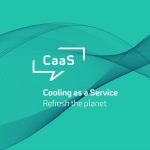