Kirby and Beijer Ref Australia, Australia-based natural refrigerant equipment manufacturers and distributors, have announced a commitment to a 10-year lease on a new AU$48 million (US$33 million) facility at Bankstown Airport in New South Wales (NSW).

“This new facility will help us deliver our business strategies and objectives in Australia, acting as our main manufacturing facility, distribution center and our corporate headquarters,” said the Director of Operations at Kirby, Paul Campbell, according to a press release on December 3.

The facility is expected to be operational by November 2020.

Kirby (previously Heatcraft Australia, which was acquired by Sweden-based Beijer Ref group in May 2018) supplied Australian retailer Woolworths’ second transcritical CO2 system, which was installed at a supermarket in Wadalba, NSW, and commissioned in July 2018. To date, Kirby has supplied a total of 10 transcritical CO2 systems to Woolworths, the latest installed in September 2019.

Australia is Beijer Ref’s biggest emerging market for natural refrigerant technologies, according to Per Bertland, CEO of Beijer Ref. “We’re successful in Europe with our CO2 transcritical booster solutions, where we’re one of the market leaders,” he said in an interview with Accelerate Magazine in September 2018. “Now we’re bringing that technology and our expertise to our factories in Australia.”

Beijer Ref also has several natural refrigerant training-related initiatives underway in Australia. The company plans to open up a Beijer Ref Academy in the country, said Inderpal Saund, Business Development Manager APAC for Beijer Ref, at ATMOsphere Australia 2019, held in Melbourne in May. “We will have that in Sydney where we will have a range of equipment to represent natural refrigerants.”

Saund also spoke about the company’s two-day CO2 training program launched in Australia in July 2018. The program covers topics such as CO2 safety and handling; system design and benefits; and control logic and installation tips and techniques. Held in classrooms as well as on-site, training is targeted not only at contractors and consultants but at end users as well.

In the first 10 months of the CO2 training program, Beijer Ref and Kirby offered over 120 hours of courses, training 219 technicians from 60 companies. 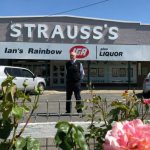 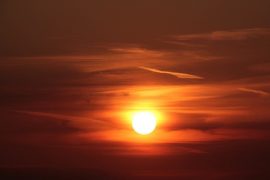