Several natural refrigerant projects have been nominated as finalists for the Australian Institute of Refrigeration, Air conditioning and Heating (AIRAH) 2019 Awards, which will be announced in November.

Australian contractor Scantec Refrigeration Technologies’ installation of a central-type, two-stage, low-charge ammonia system for wholesale food distributor Bidfood is nominated as a finalist in three categories: Excellence in Innovation, Excellence in Refrigeration, and Excellence in Sustainability.

This low-charge ammonia system was commissioned in October 2018 and provides cooling for a cold-storage and foodservice distribution facility for Bidfood in Mackay, North Queensland, Australia.  Notably, it is “the smallest low-charge central system designed and constructed by Scantec so far,” said Stefan Jensen, Managing Director of Scantec, at the time of installation.

Also recognized as a finalist in the Excellence in Innovation category, is a CO2/ammonia-based system serving a blast-tunnel freezer for Australian Lamb Colac (ALC), an Australia-based meat processing company. The system was installed by refrigeration contractor Hoctor Refrigeration, based in Victoria. “The project inspires confidence in sustainable natural refrigerants,” said James Hoctor, Director for Hoctor on AIRAH’s website.

The Excellence in Innovation award recognizes “significant Australian improvements in the areas of HVAC&R achieved through innovation, including new or significantly improved systems or plant and equipment or processes,” according to AIRAH’s website.

The winners will be announced on November 14 in Sydney, Australia, during a gala dinner at the AIRAH Awards 2019 event.

All nominees can be viewed at the AIRAH website here. 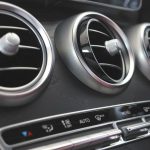 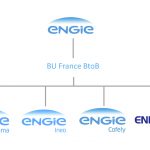