Thanks to its natural refrigeration system, a significant reduction in carbon footprint is projected for the new IGA Supa retail and liquor store, which opened in Creswick, Australia on August 8.

Owner Steve Sellars put extensive thought into this project and after listening to input from the community, decided to implement a number of sustainability initiatives. Other than the natural refrigeration system, he installed LED lighting and solar panels. The store also uses Supercart trolleys made from recycled plastics.

“We will have a 47% reduction in our carbon footprint because we chose natural refrigerants over high-GWP refrigerants, and our emissions will be 6,209 CO2e tons less per year,” said Sellars. “We will also heat our store and produce hot water from the excess heat generated by the CO2 system, further reducing costs and emissions.”

Other considerations that motivated the business case for a CO2 system were cost savings, energy efficiency and future-proofing the store, noted Sellars.

The project was a greenfields site and construction started in December 2018. According to Shaun Davis of MB Group, the project ran extremely well thanks to a great team.

The refrigeration system is a CO2 booster system with parallel compression and Danfoss ejectors as built by Sphere in South Africa and installed by MB Group.

“We will have a 47% reduction in our carbon footprint because we chose natural refrigerants over high-GWP refrigerants.” –

IGA Cheswick is Spanish cabinet manufacturer Koxka’s first transcritical CO2 project in the Australian market, already a proven technology in the European market for the company. It has however done some subcritical stores before with another transcritical project in the pipeline for next year.

Although more independent retailers in Australia are going the natural refrigerant route, there is still a long way to go…

Dave Redden, now-retired principal at Refrigeration Innovations, the consultant on the Creswick project, presented a paper at Refrigeration 2019 called “Independent Retailers Moving to Natural Refrigerants”. During his presentation at this Australian event, he noted: “The uptake of natural refrigerants in the smaller and independent grocery retailer market in Australia has been slow.” This is mainly due to several factors such as costs, lack of skill and poor information and skills sharing, he said.

“Retailers are more and more willing to accept and adopt the move to natural refrigerant solutions and we must not allow our own industry to impede this progress,” Redden concluded. 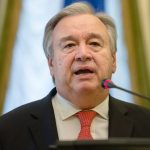 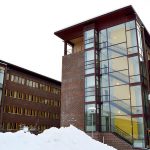