At the same tine, the “MEM30219” Certificate III in Engineering – Mechanical Trade training package will be removed as a component for RAC licensing, according to an ARMA press release. The decision was made at the Queensland Building and Construction Commission (QBCC) meeting on May 6.

ARMA has argued against MEM30219’s inclusion as a qualification for RAC occupational licensing on the grounds of its unsuitability.

In recent weeks, ARMA CEO Kim Limburg has contacted media outlets and Queensland state politicians to point out “ARMA’s disdain over inclusion of the MEM 30219 training package as a qualification in the RAC occupational licence.”

Limburg emphasized that the MEM30219 Certificate III is for “metal, engineering, manufacturing, machinery and machine tools tradespeople. Even a forklift truck driver and a weaving /knitting mechanic could obtain this qualification.”

“We knew without any doubt that the Training Ombudsman would not support this qualification,” added Limburg. By reverting to its previous suspended training package MEM30205, ARMA’s CEO said, the local Queensland government will ensure “only RAC tradespeople obtain the new occupational license.”

The MEM30219 is a general engineering certificate, according to the Qualified Today website.

Changes to Queensland’s licensing regulation have been under discussion since 2016 and came into effect on January 1, 2020, according to the Accelerate24 website.

Accelerate24 notes that under new regulations all tradespeople must hold a valid license. Previously “all work could be performed up to the value of AUS$3,300 (US$2,265) without a specific mechanical services license.”

“We knew without any doubt that the Training Ombudsman would not support this qualification,” said Limburg. By reverting to its previous suspended training package MEM30205, now the local Queensland government will ensure that “only RAC tradespeople obtain the new occupational license. 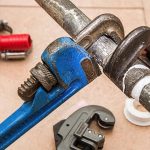 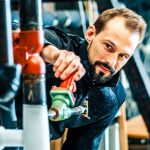