Silver Oak Cellars, a family-owned Northern California wine producer, is focused on making superb Cabernet Sauvignon, and doing so in the most environmentally friendly way possible.

Silver Oak’s most recently constructed, facility is a 110,000-sq-ft production facility and tasting room, located in Healdsburg (Alexander Valley), Calif., that began operationsin 2017. It is the first new production winery to be designated LEED platinum, and is now being considered for an even more exacting certification by the Living Building Challenge, which will be determined in early 2020. (Silver Oak’s other facility, in Oakville, Calif., was the first retrofit winery to achieve LEED platinum.)

To meet the Living Building Challenge (becoming the first winery to do so), Silver Oak chose two Mayekawa water-source CO2 heat pumps (each providing up to 146.2 MBH on the hot side, with an average heating COP of 2.1), as well as a solar thermal heating system, in lieu of a traditional boiler system. The Living Building Challenge precludes combustion heating, but the winery was granted an exception to use a propane-fired boiler as a supplemental heating source during the harvest system (roughly August to November) when there is peak hot water demand.

“Silver Oak made it clear early in the design process that they wanted to be the greenest winery in the world,” said Andy Souza, licensed mechanical engineer and project manager for TEP Engineering, Santa Rosa, Calif. He worked with TEP Engineering president Rob Main on the design of the production facilities’ water heating systems heating system at Silver Oak’s Healdsburg facility.

The water heating system, supported by 2,595 solar voltaic panels and 48 solar thermal collectors across three building rooftops and the two CO2 heat pumps, is designed to produce outlet hot water temperatures around 140°F that is used for barrel washing, fermentation tank cleaning, floor and equipment washdown. “Everything in a winery needs to be incredibly clean and sanitized,” noted Duncan.

Silver Oak made it clear early in the design process that they wanted to be the greenest winery in the world. – Andy Souza, TEP Engineering

The facility also employs a membrane bioreactor to collect, clean and recycle the winery’s process wastewater and turn it into essentially potable recycled water that can be used in floor rinsing and the initial washdown of barreld and tanks. This process vastly reduces Silver Oak’s water usage.

The heat pumps and solar thermal systems handle two separate water flows for winery uses – one for recycled process water, which does most of the initial cleaning, and one for potable (not recycled) process water that is used for final rinse and washdown.

Domestic hot water, for the tasting room, employee showers and administration restrooms, is generated only by the solar thermal water heating system, with back up from a solar-powered electric water heater. There is also a separate glycol water flow used for heating and cooling of the fermentation tanks and barrel rooms, The heat pumps provide both the heating and cooling,  with excess cooling rejected outdoors.

Initially, the incoming well water (about 50°F) is preheated by the heat exchanger coils inside of a large solar water thermal tank. “It would be ideal if we could get 140°F water out of the solar tank all year long,” said Souza. (Recently, the solar tank water reached 151°F.)

After the solar thermal heating process, the recycled water and the potable process water can pick up additional heat as needed via a separate heat exchanger fed by hot water from the CO2 heat pumps, which raises the water temperature to 194°F. The extra heat is required when the solar thermal tank is not producing outlet temperatures of 140°F

These water heating systems are managed by an elaborate building management system that logs data on water usage and sends out alertsto maintenance staff if something is amiss.

The equipment and installation cost of the systems was more than a conventional boiler setup, Duncan noted. But Silver Oaks cut its energy costs dramatically last year at the Healdsburg facility by generating 86% of its electricity from the solar panels; overall it achieved a 73.7% energy cost savings compared to similar buildings, said Duncan. With additional panels installed at a nearby warehouse, Silver Oak will be producing more than 105% of its energy from solar energy by the end of 2019, which is another requirement of the Living Building Challenge.

The elaborate hot-water system design “is the first combined solar thermal and CO2 heat pump system ] has ever been done that I’m aware of,” said Souza. “It’s one of the most complex projects I’ve worked on.”

Duncan acknowledged that it took a while to get used to the complexity of the water heating system. “It was a big learning curve,” she said. “But, overall, it has worked well for us.” 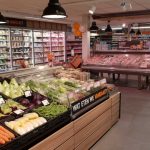 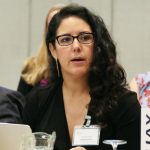