“We have two [transcritical CO2] stores under construction,” Lin told the conference, organised by shecco, publisher of this website.

“One is in Chongqing, where we use the ejector system with Carrier as our supplier. The second store is in Beijing, where we chose the parallel compression system supplied by CREA.”

Last November, METRO China first confirmed the system details and locations for its next two stores with this website.

The retailer opened its first transcritical CO2 store in Beijing, China on 17 January 2018. The wholesale store was the first in China to be fitted with a transcritical CO2 system (for the full story, see the cover story of Accelerate China Issue #1).

ATMO China 2019 was held over two days from 11-12 April 2019. Participants gathered at the Grand Kempinski Hotel in Shanghai to discuss the growing business case for natural refrigerants in China.

To see highlights from live coverage of the event, click here. 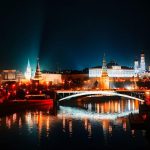 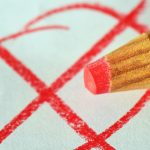