On July 1, China introduced new Minimum Energy Performance Standard (MEPS) for room air conditioners (both ACs and heat pumps) under which new units will need to be, on average, 15% more energy efficient, according to a blog on the Natural Resources Defense Council (NRDC) website.

The new GB21455-2019 standard brings fixed-frequency AC and variable-frequency AC into one scale, ranging from “Grade 5” at the bottom to “Grade 1” at the top, noted a “News Flash” email from the Kigali Cooling Efficiency Program (K-CEP). (Grades 1-3 pertain to variable frequency, Grades 4-5 to fixed frequency). They were previously rated on separate scales. At the highest two levels, the AC units will need to increase performance by an additional 10-15%.

The regulation also requires that AC units be sold with new labels stating its efficiency grade. The standard is available here (in Chinese).

Last year, several Chinese manufacturers began increasing production of room ACs that use propane (R290) as the refrigerant instead of HCFCs, thereby increasing their efficiency.

At the Grade 1 level, the new AC standard sets “a world-leading standard for energy efficiency, comparable to the top grades in Japan and the U.S.,” said K-CEP. At Grade 3, the lowest level for variable-frequency, the standard is comparable with the allowable values in the EU and the U.S.

“The new ‘Minimum Allowable EE Value’ for variable-frequency room AC (new ‘Grade 3’) is also comparable with the allowable values in the EU and the U.S.

MEPS are largely consistent with UN guidelines for room air conditioning units, which can be found on the United Nations Environment Programmes’ United for Efficiency (U4E) initiative website.

The new standard is also seen as key to helping China reach its 2022 goal, stated in its Green Cooling Action Plan, of a 30% efficiency improvement in the AC market, K-CEP noted.

In addition, “aggressive room AC MEPS could contribute significantly to helping China achieve its pledged Nationally Determined Contribution (NDC) goal of reaching peak CO2 emissions by 2030 or earlier,” according to a paper published in January in the Applied Energy journal, available on the Science Direct website.

The new regulations are expected to apply primarily to models sold into the domestic Chinese market, but as Chinese factories update their facilities and supply chains to meet the new Chinese efficiency requirements, “we are hopeful that these improvements will spill over into the models being produced for export,” said the blog. 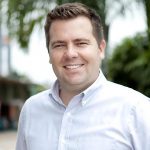 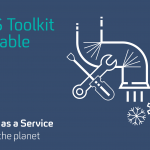