After more than a year of operation, China’s second transcritical CO2 system – installed in a remodeled store – has been “operating successfully,” according to Li Li Du, Overseas Sales Director for Panasonic Appliances Refrigeration System (PAPRSDL) in Dalian, China.

PAPRSDL is a joint venture between Japan’s Panasonic Corporation and China’s Bingshan Group – one of the country’s largest manufacturers of refrigeration and air-conditioning equipment.

“The system has been running very reliably, there has been no leakage and the customer is very satisfied with the energy savings,” said Du during a ChinaShop 2019 presentation about the project during the “Green Operations in China’s Retailing Industry: Climate Change & Store Operation” seminar. The seminar was hosted by the Chinese Chain Store and Franchise Association (CCFA) on the first day of ChinaShop 2019, held this year in Qingdao, China from November 7-9.

After installing heat recovery, the transcritical CO2 system had higher energy savings than the R22 system.”

The transcritical CO2 system was installed at a CSF Market store in Beijing in July 2018 as a part of a three-month store renovation project. The system replaced the store’s old R22 system.

At Panasonic’s booth on the tradeshow floor of ChinaShop 2019, the company was exhibiting its new 80HP (60kW) transcritical CO2 rack which was also built by PAPRSDL in Dalian, China. The system was first exhibited at the China Refrigeration exhibition in April. 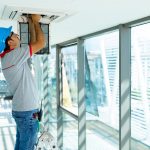 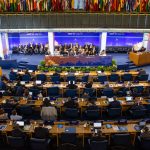