Qingdao Haier Carrier Refrigeration Equipment Company Ltd., a joint venture established in 2001 by Qingdao, China-based Haier Group and U.S.-based Carrier, has won the bid to supply a transcritical CO2 ice-making system for the speed skating rink at the 2022 Beijing Winter Olympics in China.

The Ice Ribbon skating rink will cover an area of around 12,000m2 (129,167ft2) and have a maximum cooling capacity of 4MW (1,137TR). The system is a modularized semi-industrial system, according to a press release from Carrier, and the ice surface can be controlled “divisionally” to meet the requirements of five skating disciplines, including speed skating, figure skating and ice hockey.

The advanced refrigeration technology from Carrier will be able control the ice temperature variations to within 0.5°C (0.9°F), and the choice of CO2 coupled with efficient operation means the ice rink can save 2 million kWh of electricity each year after the Olympics, Carrier stated.

The decision to use transcritical CO2 for the 2022 Winter Olympics was announced in June 2019, but the identity of the contractor(s) has not been made public until now.

The use of CO2 as a refrigerant for the Olympics will result in a 26,000t reduction of CO2 emissions per year after the Games, according to the Olympic website.

It is the first time the Olympic Winter Games have deployed transcritical CO2 ice making technology, as the 2018 Games in Korea used R404A for all its rinks, according to Art Sutherland, president and CEO of Canadian ice arena contractor Accent Refrigeration Systems.

“But [the IOC] has an environmental committee and they wanted to have a green Olympics,” Sutherland stated at the 2019 ATMOsphere America Conference. 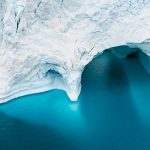 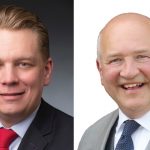