More transcritical CO2 racks are expected to be on show at this year’s China Refrigeration tradeshow compared to last year’s.

China Refrigeration will be held 9-11 April in Shanghai, China.

PAPRSDL is a joint venture between Japan’s Panasonic Corporation and China’s Bingshan Group, one of China’s largest manufacturers of refrigeration and air-conditioning equipment.

In February, at the ATMOsphere Japan 2019 conference, Panasonic’s Manabu Onishi announced that the company had developed and assembled a new 80 HP transcritical CO2 rack system in China.

The system is intially being targeted at the industrial refrigeration market in Japan, yet the company is also eyeing opportunities in the Chinese market.

In addition, Beijer Ref is expected to exhibit its own “smart booster” transcritical CO2 system for the Chinese market, a Beijer Ref representative told this website.

The system will be exhibited at the show and will also be used for a “laboratory/training facility in China,” the representative said.

Beijer Ref supplied the transcritical CO2 rack (through its subsidiary SCM Frigo) for China’s first transcritical CO2food retail installation at a METRO China wholesale store in Beijing in January of 2018.

These two confirmations mark an increase in transcritical CO2 systems exhibited at the show compared to last year’s exhibition, when Panasonic was the only supplier to exhibit a CO2 transcritical rack.

Local Chinese manufacturers have also begun to market their own transcritical CO2 systems in the country.

This website has reached out to both suppliers, but could not confirm whether they would be exhibiting the systems at next week’s China Refrigeration 2019 exhibition at this time. 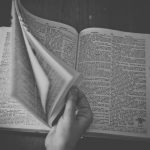 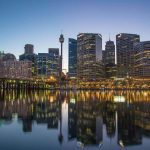