These states follow California, Vermont, Washington and New Jersey, which have passed legislation to adopt HFC use limits based on SNAP rules 20 and 21; Connecticut, Delaware, Maryland and New York have committed to regulatory action to do the same.The EPA abandoned rules 20 and 21 following U.S. Court of Appeals rulings stating that the rules were not supported by federal law.

All of these states are among the 24 (plus Puerto Rico) making up the U.S. Climate Alliance, which has pledged as a group to reduce HFC emissions in the absence of federal direction.

In Colorado, the Air Pollution Control Division is proposing Regulation Number 22 to the Air Quality Control Commission (AQCC) to satisfy requirements the state’s General Assembly set forth it its Colorado Air Pollution and Control Act. Part B.I of the regulation prohibits the use of HFCs in certain manufacturing and end uses by adopting SNAP program prohibitions on these substances.

In Hawaii, the legislature passed House Bill 2492 on January 23 to “preserve federal regulations on the use of hydrofluorocarbons in state law.” In addition, the bill directs the Hawaii state energy office and the environmental management division of the department of health “to study how to increase the use of refrigerants with low global warming potential and recommend how to establish a state program that supports the elimination of legacy uses of hydrofluorocarbons.” The bill is scheduled to be heard by the state’s Consumer Protection and Commerce Committee on February 13.

In Oregon, the legislature passed House Bill 4024 on January 27; the bill is now in the House Committee on Energy and Environment. It prohibits certain products that use or contain HFCs “from entering into commerce in Oregon” if the product was manufactured after a specified date. It also follows the prohibitions outlined in SNAP rules 20 and 21. 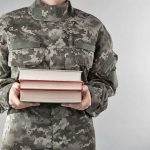 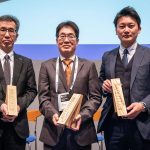