The Arcticom Group (TAG), a two-year-old private equity commercial-refrigeration consolidator that has acquired seven service-and-installation contractors in the Western U.S., is making its mark with natural refrigerants while raising its profile in the U.S. supermarket industry.

TAG’s PMC Southwest division is on the verge of delivering an ammonia rack for an ammonia/CO2 system to an under-construction Raley’s supermarket in Sacramento, California (U.S.), the first to be installed by the 121-store chain. The system will be “on site” on November 11, said Ed Estberg, a consultant to the chain who was previously its longtime senior director of facilities. The store is expected to open next March.

“We are building and maintaining the [ammonia] rack,” said Sarah Hall, director of account management for TAG, at the Food Marketing Institute’s Energy & Store Development Conference last month in Dallas, Texas (U.S.), where TAG was a network sponsor.

Raley’s received a US$250,000 incentive for the system from the Sacramento Municipal Utility District (SMUD).

TAG’s seven contracting companies have also installed at least 12 transcritical CO2 systems, said Hall. “Learning about these systems is important to us,” she noted, adding that California is expected to require refrigerants in new commercial systems with less than a 150 GWP.

TAG also recently announced that it has joined the North American Sustainable Refrigeration Council (NASRC) as a platinum member. NASRC is a nonprofit focused on eliminating the barriers slowing the adoption of natural refrigerants in supermarkets, including training for service contractors.

“By affiliation with NASRC, we add our capabilities to the NASRC goals for growing trained support infrastructure for natural refrigerant systems,” said Jim Pape, CEO of TAG, in a statement issued by TAG and NASRC.

“TAG locations all have direct experience with installing and maintaining natural refrigerant systems,” added Pape. “At TAG, we are committed to aggressively growing that expertise through our own in-house programs and the use of great content from industry leading manufacturers. Robust installation and maintenance capacity are necessary building blocks to de-risking and accelerating the adoption of natural refrigerant systems.”

TAG locations all have direct experience with installing and maintaining natural refrigerant systems.” 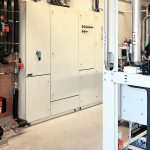 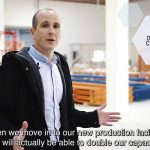