‘Coolest Day of the Year’ Off to a Great Start, Celebrated in 153 Countries

The inaugural World Refrigeration Day (WRD), held on June 26 (Lord Kelvin’s birthday), got off to a better start than even the organizers had hoped.

There were so many events held around the world – designed to raise awareness of the often overlooked HVAC&R industry – that volunteers behind the project are still working on a comprehensive list, but they believe that physical events took place in at least 153 countries. Many of these focused on natural refrigerants.

With only a tiny group of volunteers behind the project, the ambition for the first year was simply to establish the idea in the industry diary and gain support from national trade associations and professional bodies. However, according to longtime consultant Stephen Gill, former president of the Institute of Refrigeration (IOR) and the man behind the “coolest day of the year,” the response has been overwhelming and the goal was “more than achieved.”

WRD was the opportunity that many had been waiting for.”

Big trade groups like ASHRAE in the U.S., ISHRAE in India and AIRAH in Australia all supported WRD. The day before the event, Gill woke up to over 700 fresh emails in his inbox, and they kept coming in faster than he could reply.

Gill believes that the huge interest proves that the industry wants to tell the world what it does, and that “WRD was the opportunity that many had been waiting for.”

Despite the modest goal of the organizers, the event created quite a buzz on social media, with big international organizations like the World Bank and UN Environment tweeting about it. It also got picked up by HVAC&R trade publications and even some mainstream media outlets in the U.S., Asia and Europe.

When asked by Accelerate Magazine if there had been any negative experiences, or lessons learned from the first version of WRD, Gill said that he had received some quite strong rejections when he first went out seeking support for his idea. These rejections had been demoralizing, but with the recent success in mind, the main take away for Gill has been “don’t give up, even if everyone doesn’t believe in your idea from day one.”

Luckily for Gill and his volunteers, the naysayers were a minority. By far the majority of people approached were positive, and several pledged financial support without hesitation, allowing the small team to recoup some of the expenses they’d already incurred, he said

Sponsors and partners have also signed up for 2020 and plans for next year’s WRD will be revealed soon.

Many events on WRD focused on natural refrigerants. Below are just a few examples.

Behind the scenes at Woolworths

Two Woolworths supermarkets in Melbourne and Sydney, Australia, both using transcritical CO2 systems for refrigeration, opened up their normally inaccessible plant rooms to the public. Visitors were able to meet HVAC industry professionals, and experience a day in the life of a refrigeration technician; five one-hour walk-through sessions were held. The aim was to spread awareness about the refrigeration trade among especially young people and to showcase the latest technology.

The events attractedalmost 90 registrations, ranging from a 12- year-old student to a 72-year-old building services consultant, according to Dario  Ferlin, refrigeration engineer, Woolworth Food Group, in a LinkedIn post. “One participant even took leave from work and paid his way to fly in from Cairns [Australia] over 2000 km [1.243 miles] away!”

Shecco, publisher of Accelerate Magazine, held a webinar focusing on accelerating energy efficiency in HFC-free supermarkets. The webinar outlined key recommendations for end users, and included presentations from retailers sharing best practices, challenges and lessons learned. The webinar was part of a project funded by the Kigali Cooling Efficiency Program.

Members of the American Society of Heating, Refrigerating and Air-Conditioning Engineers (ASHRAE) took time out during its annual conference, taking place from June 22-26, to celebrate WRD. Activities included distribution of “Refrigerants For Life” pocket guides from the United Nations Environment Program’s OzonAction initiative, and photo ops giving participants the opportunity to tout their support on social media.

ASHRAE and OzonAction also held a webinar with the title “Refrigerants for life: How refrigerants affect modern life.” The webinar aimed to capture a global image of current policies and usage trends for refrigerants in different applications, and included keynote speeches from (among others) Didier Coulomb, director general of IIR, and Andrea Voigt, director general of the European Partnership for Energy and the Environment.  WRD Founder Gill and ASHRAE EMEA Business Development Manager W. Stephen Comstock moderated the event. 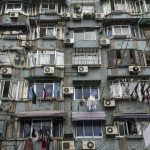 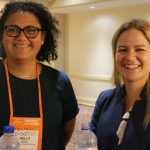