With the EU MAC directive banning R134a taking effect in January 2017, German automaker Daimler began using R1234yf, an HFO, in its Mercedes-Benz cars in Europe, with the exception of several models that employ CO2 as a refrigerant.

However, for vehicles with 1234yf systems, “we have implemented a comprehensive safety concept to reduce the risk of fire formation,” said René Olma, globalcommunications, Mercedes-Benz Cars, Stuttgart, Germany.

All current passenger car models with gasoline engines of the Mercedes-Benz, Mercedes-AMG & Mercedes-Maybach brands have been equipped with a so-called “inertization” system. “This reduces the risk of fire in the event ofan accident with these vehicles with R1234yf,” said Olma.

In case of a severe frontal collision, the system ensures that the resultant refrigerant/air mixture is separated from the hot engine components in the engine compartment and that these components “are furthermore cooled in a highly effective manner.”

While R1234yf has been deemed safe to use in mobile air conditioning (MAC) by government authorities in the U.S. Daimler has a long history of questioning R1234yf. In 2012, it announced results of a study showing the potential combustibility of R1234yf in the event of a severe collision.

R1234yf is described by the German Environment Agency (Umweltbundesamt or UBA) as flammable and, in the event of fire, formingtoxic, highly corrosive hydrofluoric acid (HF). A current ASHRAE study –ASHRAE-1806, “Flammable Refrigerants Post-Ignition Risk Assessment” – isdoing a risk assessment of the creation of hydrofluoric acid in the combustion of A2L refrigerants like R1234yf.

To read the complete cover story on HFOs in Accelerate Magazine from which this article was excerpted, click here.

“We have implemented a comprehensive safety concept to reduce the risk of fire formation.” 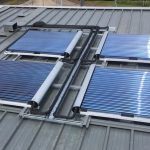 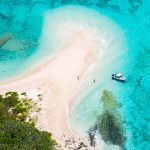