Delaware Governor Calls for HFC-Elimination Rules by March 2020, Emulating California and Other States

Delaware Governor John Carney has directed the state’s Department of Natural Resources and Environmental Control (DNREC) to propose regulations by March 2020 that will eliminate the use of HFCs in Delaware.

“As Delaware continues our fight against climate change, my administration is moving toward eliminating hydrofluorocarbons (HFCs) as an increasingly harmful element to our state and our environment,” said Carney in a statement.

“HFCs are growing in the atmosphere at a rate of 8 percent a year and can be hundreds of times more potent than carbon dioxide in contributing to climate change,” he continued. “That’s why I have directed the Department of Natural Resources and Environmental Control to begin developing regulations that address HFC use in Delaware. We’re proud to have the support of members of the General Assembly in this effort, and I want to thank Representative Heffernan, Senator Poore, and Senator Hansen for their partnership on this issue.”

Delaware is the latest state to announce plans to regulate HFCs in the wake of the rollback in federal HFC rules set by the U.S. Environmental Protection Agency (EPA), and the Trump administration’s decision to withdraw from the Paris climate change accord. Other states working on HFC phase-out rules include California, New York, Maryland, Connecticut, Vermont and Washington.

All of these states are members of the U.S. Climate Alliance, a bipartisan coalition of 25 state governors (including the governor of Puerto Rico) committed to reducing greenhouse gas emissions consistent with the goals of the Paris Agreement, including HFC reduction. Montana Governor Steve Bullock became the latest member when he joined on July 1.

As Delaware continues our fight against climate change, my administration is moving toward eliminating hydrofluorocarbons (HFCs) as an increasingly harmful element to our state and our environment.

Members of Delaware’s General Assembly applauded the governor’s move to regulate HFCs. “Man-made hydrofluorocarbons are damaging to our environment and quality of life, and they need to be regulated,” said Heffernan, the prime sponsor of HCR 60.  “I’m proud to stand with Governor Carney and DNREC on this issue, and work toward guidelines to regulate the production and consumption of this extremely dangerous substance for the benefit of all Delawareans.”

“When it comes to battling climate change, we must explore every tool available to us,” said Hansen. “HFCs were once hailed as more environmentally friendly alternatives but new technologies being developed across the country and here in Delaware will allow us to further reduce the negative impact that these types of substances can have on our world. That’s an opportunity we must embrace and I look forward to working with DNREC once these regulations are developed.”

“Delaware is already feeling the effects of climate change,” added Carney. “We are the lowest-lying state in the country, and our sea level is rising at twice the global average. This is a real threat that we need to confront together.” 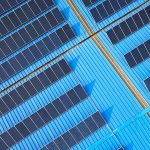 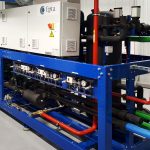