The European Commission (EC) – the part of the European Union (EU) empowered to propose legislation – on December 11 presented the European Green Deal, a wide-ranging set of sustainability goals that so far does not explicitly address F-gas reduction, though it may in the future, according to an EC official.

Anticipating the release of the European Green Deal, Bente Tranholm Schwarz, a Deputy Head in the European Commission’s Directorate-General for Climate Action, addressed it during a policy discussion on October 17 at the ATMOsphere Europe conference in Warsaw, Poland.

“What are the implications for F-gas policy? I don’t know,” Tranholm Schwarz said. But she added that one of the Green Deal’s goals, which will be established by the summer of 2020, will be to cut 2030 greenhouse gas emissions by at least 50% under 1990 levels, and possibly 55%, as compared to the current 45% target. The European Commission “will have to look at all the possibilities we have to find this extra 10 percentage points,” which could include “something for F-gas regulation,” she said. The eventual goal of the European Green Deal is carbon neutrality by 2050.

Speaking to the ATMOsphere Europe audience of stakeholders invested in natural refrigerant technology, Tranholm Schwarz said they can have a “huge impact” on achieving the new goal, regardless of regulatory changes. “I agree that you are in the center of this,” she said. “You are delivering energy efficiency, which is one of the key pillars in reaching this target. You are also delivering reduction in HFC emissions. So please help us achieve the target of 55% in 2030.”

The EU’s F-Gas Regulation already calls for a 79% reduction of HFCs compared to average HFC demand between 2009 and 2012.

“We feel we have the best F-gas policy in the world,” said Tranholm Schwarz. “It’s important this message gets across in the world so that [other countries] can look at what we are doing and try to reach the same ambition.”

The European Green Deal covers all sectors of the economy, notably transport, energy, agriculture, buildings, and industries such as steel, cement, ICT, textiles and chemicals.

The plan also addresses “new opportunities for all operators in the food value chain,” according to an EC document on the program.“New technologies and scientific discoveries, combined with incr easing public awareness and demand for sustainable food, will benefit all stakeholders.”

To that end, the EC said it will present a “Farm to Fork Strategy” in the spring of 2020 and “launch a broad stakeholder debate covering all the stages of the food chain, and paving the way to formulating a more sustainable food policy.”  The Farm to Fork Strategy will “aim to reduce the environmental impact of the food processing and retail sectors by taking action on transport, storage, packaging and food waste.”

“The European Green Deal is an opportunity to improve the health and well-being of our people by transforming our economic model,” said the EC’s Executive Vice-President Frans Timmermans, in a statement. “We all have an important part to play and every industry and country will be part of this transformation.”

Achieving the 2030 climate and energy targets of the European New Deal is estimated to require €260 billion (US$289 billion) of additional annual investment, representing about 1.5% of 2018 GDP.

You are delivering energy efficiency, which is one of the key pillars in reaching this target. You are also delivering reduction in HFC emissions. So please help us achieve the target of 55% in 2030. 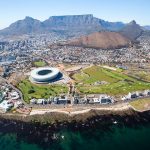 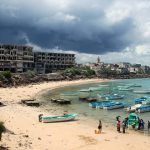