Electronic expansion valves (EEVs), which are used in commercial display cases to automatically control the flow of liquid refrigerant into a direct expansion evaporator, should be a “standard digital piece of equipment,” said Mike Guldenstern, founder and director of energy efficiency services, llc, an energy consultant with multiple U.S. locations including San Francisco, California, and Hartford, Connecticut.

Guldenstern made this point during a session on an EEVs retrofit project at the Food Marketing Institute (FMI) Energy & Store Development Conference, held in Dallas, Texas (U.S.) September 8-10. He advocated for the use of EEVs over the analog thermostatic expansion valves (TXVs) commonly used in supermarket cases. EEVs are a required element of transcritical CO2 systems.

“It’s time to make this a standard digital piece of equipment,” he said. “It’s crazy that it’s [still] analog and has such an important impact on what’s going on with the compressor system. TXVs are quite literally the tail wagging the dog.”

Guldenstern was part of a retrofit project in which TXVs at a Whole Foods Market outlet in Cranston, Rhode Island (U.S.) were replaced with EEVs. An analysis of energy consumption showed an annual savings of 51,232 kWh directly tied to the EEVs, with an additional savings of 17,700 kWh linked to lowering compressor discharge (head) pressure in lower ambient temperatures. “When it’s hot, the only thing happening is we’re managing [the refrigerant] better on evaporator side with the valves,” he said. The EEVs were provided by Danfoss.

EEVs improve the efficiency of refrigeration systems regardless of the refrigerant, noted Guldenstern. The Cranston store uses R404A.

Guldenstern compared the improvement in efficiency when EEVs replace TXVs to the boost in fuel mileage when a fuel injector is used instead of a carburetor in a car. “When the automobile industry switched to fuel injection the advantage in fuel efficiency was all related to the electronics in the engine,” he said.

Similarly, the HVAC&R industry would have a “huge opportunity if we level the playing field with digital electronic expansion valves,” said Guldenstern. In addition to better efficiency, a switch to EEVs would make the HVAC&R industry more appealing to new technicians, he said. “We need to make being a technician cool again and give them a lot of fun, useful electronic tools.” A transition to electronics took place in the auto industry with its technicians, he noted. “This is where the refrigeration industry needs to go if we don’t have people entering the service market.”

We need to make being a technician cool again and give them a lot of fun, useful electronic tools. 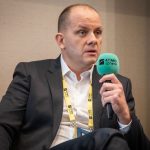 Delhaize Wants NatRefs to Be the Standard for Refrigeration in Serbia 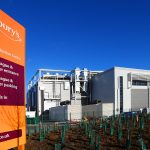