EIA Calls for R290 to Replace HFCs in Split ACs

The London, U.K., office of the Environmental Investigation Agency (EIA) is urging a ban on HFCs in split-system air conditioners and promoting propane (R290) as a viable alternative.

EIA is trying to get these changes incorporated into the European Union’s F-Gas Regulation, currently under review. In support of this effort, EIA is also working to secure an amendment to the current global charge-limit standard for hydrocarbons in ACs (IEC-60335-2-40) to allow for a greater volume of R290 to be used in residential air-con.

Switching domestic air-conditioners between 2025 and 2050 on a global basis  “from climate-harming refrigerant gases to propane could prevent harmful emissions equal to 1,400 coal-fired power stations running for a year,” according to EIA’s website.  This equates to avoiding 5.6 billion metric tons of CO2e emissions.

By 2050, the global stock of room air conditioners will triple to 5.6 billion units, according to the Paris-based International Energy Agency (IEA). The EIA noted that this is unsustainable with HFCs, and swift transition to R290 is essential.

The EIA intends to submit feedback to the European Commission (EC), the executive branch of the European Union, as part the EC’s F-Gas review. The EC is seeking feedback for its F-Gas review until September 7, and feedback can be submitted to the EC website.

To bolster its position, on August 10, the EIA commissioned research by Öko-Recherche, a Frankfurt, Germany-based environmental research institution.

Öko-Recherche looked at the climate impact in Europe between 2015 and 2050 of a revised IEC charge-limit standard along with an EU ban on HFCs in split AC units; the researchers also examined the climate impacts if a similar policy is rolled out globally. Its finding were calculated for three groups of countries – the EU, other developed countries and developing countries.

Öko-Recherche also found a shift away from HFCs in domestic split system air-con from 2025 to 2050 in developing countries, supported by updated product standards, could bring cumulative climate benefits of 5,228 million metric tons of CO2e – “avoided emissions equal to more than a billion cars running for a full year,” said EIA.

“This research spells out the clear climate benefits of a speedy transition and avoiding locking in climate-damaging, inefficient cooling equipment,” said Sophie Geoghegan, EIA Climate Campaigner, on the EIA website.

“It also makes a clear case for a positive revised standard for flammable refrigerants and for the EU to once again lead by example with a ban on HFC single-split air conditioning units as soon as possible,” she added.

Environmental groups such as Eurovent have recently said f-gas regulation is crucial to minimizing climate change, while the EIA has previously noted that the current IEC hydrocarbon charge-limit is an obstacle to cutting greenhouse gas emissions.

This research spells out the clear climate benefits of a speedy transition and avoiding locking in climate-damaging, inefficient cooling equipment. 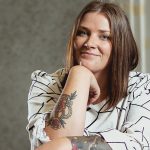 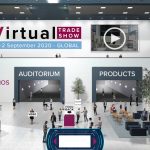