Called TotalGreEnergy, the rack system includes refrigeration, heating and air conditioning, is ready-to-install and suitable for all climates, according to Luca Rossi, Project Manager at Biaggini Frigoriferi.

Aimed at supermarket applications, the system can save up to 30% in energy consumption, compared to traditional HFC systems and other CO2 booster systems, he said, adding that this saving is mainly due to an added sub-cooling section, and the “unique machine architecture.”

In addition to being energy efficient, the system is also very cost efficient for a retailer, since it satisfies heating, cooling and air conditioning needs, said Rossi.

The system is customizable and available in refrigeration-and-HVAC-only versions if needed. It is already commercially available in four size configurations. The smallest version with two fans has a chiller capacity of 15-35kW (4.3-10TR) while the largest, with five fans, offers 55-135kW (15.6-38.4TR).

The TotalGreEnergy units are also soundproofed and have very quiet operations, said Rossi. At the capacity ranges mentioned above, the noise level in tested units reaches a maximum of only 29dBA at a distance of 5m (16.4ft). With increased fan speed, resulting in an increased noise level, even higher capacities can be reached, he added.

Biaggini expects to sell around one unit per month for the next couple of years, Rossi said, adding that he expects the system to have a 15-20 year lifecycle.

The TotalGreEnergy system uses Dorin compressors, LU-VE heat exchangers and Eliwell controls. It is housed in a “strong” structure and has been awarded seismic, IP67 and snow certifications. 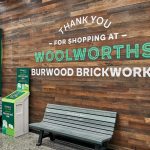 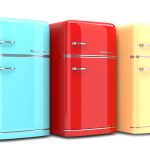