Carrier Expects to Sell 20,000 CO2 Transcritical Systems Before Too Long

At ATMOsphere Europe, held on October 16-17 in Warsaw, Poland, Pierre Boyer of Carrier was asked on stage how long it would take Carrier to deliver its 20,000th CO2 transcritical system, following the announcement early this year that it had reached the 10,000-system mark.

Carrier installed its first transcritical CO2 system in a Swiss supermarket in 2004. It took 10 years for Carrier reach 1,000 units, Boyer explained during the event’s “Exclusive Interview” session, conducted by shecco CEO Marc Chasserot. Carrier hit the 10,000 mark last year — and as of this month, has already reached the 13,000 units mark, according to Boyer.

“Medium and large supermarkets and hypermarkets in countries that were early adopters such as the U.K. and Germany have continued to implement [CO2 systems] at a rapid pace and a still accelerating pace,” said Boyer. “And the later adopters, like France and some of the other countries, have recently stepped up the pace. So, a combination of those two means we are putting units on to the market at a rapid pace,” he added.

Carrier’s CO2 transcritical systems are sold under a number of different brands, including Carrier, Profroid, Green & Cool, and Celsior. 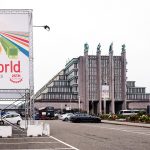 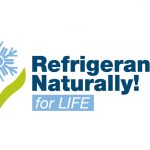