The Danish government is seeking to replace the current 10 kg charge limit on HFCs in new refrigeration equipment with a calculation per tonne of CO2 equivalent (t/CO2e). The revised regulation will be open for comments in October and November this year, Mikkel Aaman Sørensen, special advisor on chemicals at the Danish Ministry of Environment and Food, said during a workshop held on 4 March.

“The Danish government launched in October a climate/air pollution initiative. It has, as part of this, decided to strengthen the rules on HFCs,” Sørensen said.

“We were asked to analyse different scenarios that would encourage the use of natural refrigerants and low [global warming potential (GWP)] synthetic ones. The idea is to replace the current 10 kg limit for maximum filling in new refrigeration equipment with a rule that takes the GWP of the refrigerant into consideration,” he added.

“Finally, a total ban [on HFCs in new refrigeration equipment] was also looked at, but dismissed as not realistic without going through the detailed calculation process,” Sørensen added.

“It is important to underline that a political decision on how to move on has not yet been taken,” he warned. “We foresee, however, that a final draft of the revised regulation (whatever it might end up like) will be out for public consultation in October/November,” Sørensen said.

The 4 March workshop was organised at the Danish Ministry of the Environment, gathering stakeholders including AKB, the Danish association of refrigeration and heat pump companies. 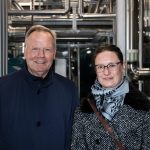 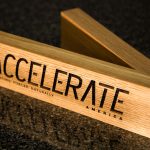