Over the last 20 years Denmark’s imports and use of HFCs have decreased significantly, much faster than in the rest of the European Union (EU).

This development is mostly due to an HFC tax adopted in 2000, said Mikkel Aaman Sørensen, Head of Section – Chemicals Department, at Denmark’s Ministry of Environment and Food, in a presentation at the ATMO/DTI Technical Conference. (The conference, which took place online on June 23-24, was hosted by the Danish Technological Institute and shecco, publisher of this website.)

Denmark is one of the few European countries to have imposed an HFCs tax; Norway and Spain are two others, and France is adopting one next year.

However, as the rate of decrease in HFC imports has leveled off, Denmark decided to revise and increase the tax last month, in an effort to spark renewed conversion to lower GWP refrigerants. The new tax “should be increased by probably 3-4 euros (DKK22.5-30/US$3.4-4.5) maybe a little bit more, per ton CO2e,” Aaman Sørensen said.

With the revision of the legislation, a tax ceiling of €75 (US$84.7/DKK600) per kilo of refrigerant has also been removed, meaning that imports of very high GWP refrigerants can now be taxed at an even higher rate, with no limit.

The revision of the legislation also introduces a maximum GWP limit of 5,000 for import of refrigerants, though this decision still needs to be approved by the European Commission due to European Single Market rules.

In 2000, the retail industry in Denmark reacted initially with shock to the HFC tax, said Christian Heerup, Business Manager for Refrigeration at the Danish Technological Institute (DTI), at the ATMO/DTI conference. “The supermarkets were slow to adopt the quest for a low carbon profile, at least compared to U.K. supermarkets,” he said.

They warmed to the idea, though, when they realized that the tax “wouldn’t skew the competition between operators, as it was the same for all,” Heerup added.

In 2006, a ban on all HFCs in new equipment was also introduced, meaning that the current imports only service existing equipment. (It should be noted that the ban has some exemptions, like for mobile air conditioning.)

This ban, together with the increased taxes, makes Aaman Sørensen hopeful for further f-gas reductions in Denmark. “We believe that a lot of that equipment [from before 2006] will come to the end of its lifetime in the coming years, so we will see further reductions, very soon,” he said.

Taxes and usage bans are not the only options in Denmark’s toolbox, however. The government is supporting an HFC knowledge center, located at the DTI, where end users and contractors can get free consultations and advice on choosing the right climate-friendly refrigeration equipment.

The country has also convinced the refrigeration industry to sign up to a voluntary scheme whereby companies pay a “surplus” fee per kilo of refrigerant imported (currently DKK27/US$4.10/€3.6); the fee is used to ensure that the refrigerants are destroyed in an environmentally safe way, when they can no longer be recycled. The scheme, which Aaman Sørensen likens to a “musketeer oath” (one for all, all for one) also promotes and organizes educational activities for installers.

“All the available tools are more or less in use,” Aaman Sørensen noted.

“We didn’t do it alone,” Heerup stressed, talking about the successful phase down. “The taxation and incentive scheme helped a lot, but it is actually an international cooperation because most of the components used in the industry are not produced in Denmark, but outside Denmark.”

Denmark’s success in phasing down f-gases makes Aaman Sørensen optimistic that the rest of the EU can achieve the same. “The steepness of the phase out in Denmark and the EU is more or less the same,” he said. “In Denmark it just happened some years earlier, so it shows that if we could achieve that in Denmark, it can still be done in the EU.” 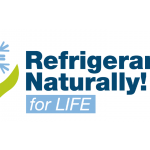 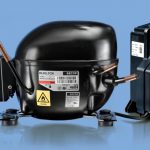