“Basically it’s a conventional chiller, applying traditional absorption technology, a commonly applied technology for large-scale systems around the world,” said Lars Munkøe, Director and co-founder of Purix.  “What we did was to downsize the technology into a consumer product.”

The patented Purix units are designed like traditional split air-conditioning (AC) systems, consisting of an outdoor chiller unit connected to an indoor unit and a heat source. The heat source will normally be solar panels but can also be waste heat or district heating. Purix has recently joined the International Energy Agency’s Task 65 program, which is developing solar cooling solutions for the so-called sunbelt countries.

“In order to reach out to the existing market for air conditioning we simply adopted the product design that end users are familiar with,” Munkøe said. “We think we have a really good solution than can deliver technology to all the smaller consumers of cooling, like houses, shops, schools and small server rooms, which today are mostly using HFC units.”

Purix declined to provide the number of installed units, or specific end users.

The standard Purix module has a nominal capacity of 2.5kW (0.71TR), one of the most popular sizes for split AC units, according to Munkøe. Where this capacity is insufficient, the units can be combined to satisfy larger cooling needs. In that case, “we provide a simple kit with a cascade controller at a cost of a few hundred euros, and that will make these modules operate as one single unit,” Munkøe explained, stressing that the combined module can operate on part load, if necessary.  “It can modulate basically from 10% to 100%, the capacity automatically based on the cooling load.”

Purix was founded in 2011, when it started looking for investors to produce a prototype. The company focused on designing the chiller units, whereas the solar collectors are commercially available standard ones, meaning that customers can choose to buy them locally, rather than directly from Purix. To make that choice easier, Purix has screened products from all over the world, found those with the Solar Keymark certification, and ranked them according to price and performance.“

We think we have a really good solution than can deliver technology to all the smaller consumers of cooling, like houses, shops, schools and small server rooms, which today are mostly using HFC units.

For areas or applications where Purix’s suggested solar collectors are not suitable as a heat source, the Purix units have an interface that will allow them to instead be combined with any available heat source, like district or waste heating, or to be connected to existing solar heating installations.

The option to use district heating also makes the solution suitable for district heating providers during the summer. “This is an opportunity for district heating companies to actually make use of the infrastructure they have already invested and paid for, and expand the market from heating only, to provide heating during summer as well as an energy source for generating cooling,” Munkøe explained. “That’s why we denominated it as instant district cooling, because it doesn’t require investment in new infrastructure.”

The markets targeted by Purix are basically those with plenty of sunshine, and capacity for solar-driven cooling, meaning from the equator up to, for example, southern Germany in Europe. “The market is basically where you have a reasonable cooling demand on an annual basis, but, of course, also either unstable access to the electricity grid, or local production of electricity, which can be costly in terms of cost per kilowatt hour,” Munkøe said.

The Purix units use up to 80% less electricity than traditional AC units, as they only need a little bit to drive the fan and pump. “You can get access to much more cooling, if cooling is a reasonable share of the power demand profile,” Munkøe explained.

A Purix unit is more expensive than a traditional AC unit, a 2.5kW (0.71TR) unit is roughly €1,500 (US$1,818) more than an “average” unit sold these days on the European markets, according to Munkøe. However, with the expected electricity savings each year, the company has calculated an average return of investment of three years, depending on the cost of electricity in the customers country and the cooling demand. The use of water as a refrigerant also means that the consumer can save on the servicing required for traditional air conditioning equipment.

The simpler design of absorption technology – compared to vapor compression models – means a longer lifetime of the units, as there are fewer moving parts that can break. The average expected lifetime for Purix units is 20 years. “During the lifetime of a Purix absorption cooling unit, you would end up buying three or maybe even four additional air conditioners,” Munkøe argued.

Munkøe acknowledged that the Purix units’ COP of 0.8 “is not very impressive“ compared to compression cooling. On the other hand, “carbon emissions, related to producing hot water from solar, waste heat or district heating, is close to zero,” he explained, adding that the advantage is even clearer in countries where the electricity grid is struggling to keep up during peak hours.

As an example of this, Munkøe mentioned South Africa, which suffers from frequent black outs, particularly during the hot summers when everybody needs air conditioning. Using solar, or waste heat, the Purix units would not contribute to these peak overloads.

“It doesn’t really matter what the coefficient of performance is for an absorption chiller as long as the energy input is close to carbon neutral and basically free of charge,” Munkøe argued. “By the end, you will have a tremendous reduction of the carbon emissions related to cooling, as well as the cost.”

“So that’s why it can be justified to make use of technology that has a fairly low efficiency, compared to what users are accustomed to,” which uses a high quality, but high cost, energy source,” he said.

The water produced in the condenser from the vapor flows back to the evaporator via an expansion valve, reducing the pressure and the evaporation temperature. 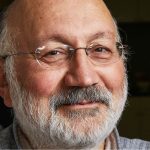