EC and EIA Clash on Illegal HFC Imports in Europe

The issue of illegal trade of HFC refrigerants in the European market was debated last week during a policy discussion at the ATMOsphere Europe conference, with representatives of the European Commission (EC) and the Environmental Investigation Agency (EIA) differing on the extent of the problem.

ATMOsphere Europe took place from October 16-17 in Warsaw, Poland, organized by shecco, publisher of this website.

While noting that the HFC phase down in Europe under the F-Gas Regulation has been a huge success so far –­ with prices of HFCs going up and emissions coming down – Bente Tranholm Schwarz, Deputy Head of Unit at the Directorate General for Climate Action of the EC, acknowledged that illegal refrigerant trade in the form of smuggling across borders remained a drag on the regulation.

However, the amount of this illegal trade was hard to quantify. While there is no longer a problem with huge discrepancies between HFC data declared at the borders and what is reported under the F-Gas Regulation, “the illegal trade we are experiencing is mainly in the form of customs evasion,” she said.

Tranholm Schwarz said that the commission would continue taking this issue of illegal trade “extremely seriously” and carry on taking action against it. “Just because we cannot estimate the level, does not mean we are saying it doesn’t exist and we’re not doing anything,” she said. “We are taking every possible measure to avoid illegal trade. It’s important to us because every kilo of HFCs that lands on our market illegally, is a kilo too many. It’s a kilo that has the potential to be emitted in the E.U.”

Among the actions the commission has been taking to try and tackle the smuggling issue is a workshop with customs officials to compile best practice guidelines on how to avoid illegal HFC trade and detect suspicious behavior at the borders.

Tranholm Schwarz also urged everyone present at ATMOsphere Europe to help spread the message and bring down the demand for illegal HFCs. “It’s not okay to buy illegal HFC just because you can get it cheaper,” she said. “If it’s illegal, it’s illegal. Shame on you.”

Clare Perry, Climate Campaign Leader at the EIA, offered a different perspective on the degree of the illegal trade problem at the policy session.

The EIA released its “Doors wide open” report in April, drawing the basic conclusion that there was an escalating illegal trade in Europe and a lot of it was coming through the “front door” as it was openly imported without a proper customs code or following the F-gas quota.

The EIA estimates that, in 2018, 16.3 MtCO2e of HFCs were placed on the EU market over and above the available quota of 101.2 MtCO2e. This means that 16% of the quota was smuggled in – equivalent to the annual emissions of four coal-fired power stations, explained Perry.

“It’s not okay to buy illegal HFC just because you can get it cheaper. If it’s illegal, it’s illegal.”

She spoke about risk assessment and methods of smuggling, before spending some time on challenges to enforcement. Perry stressed that customs and the HFC registry are not connected and that there is no access to real-time quotas to allow for enforcement at the borders. Her list also included the lack of enforcement beyond the border, and lack of prosecutions and sufficient penalties. “In our experience, customs only pick up about 10% of [illegal imports] coming through,” she said.

Perry offered recommendations to improve implementation and enforcement. “We need to recognize the severity of the issue,” she said. “HFC illegal trade is a climate crime.” She also suggested a per-shipment licensing system, greater transparency in the HFC registry, the removal of exceptions, clear ban on disposable cylinders, increased minimum penalties and more frequent application of these penalties, training of customs and enforcement agencies, and funding destruction of seized HFCs, among others.

Tranholm Schwarz disputed that large number of refrigerants were “coming through the front door” as EIA said in its 2018 report, saying the EIA data was based on assumptions that were too aggressive and at odds with EC data that came later. “This 16.3 million ton difference is not there,” she said. “It’s not happening. We do not have open doors. That’s what our studies show, based on real data, not assumptions.”

Tranholm Schwarz did not dispute that illegal trade was a problem, only that it was because of reporting issues, she said later in the conference. “We have illegal trade but it’s happening in the form of smuggling – the same way that drugs and cigarettes get smuggled.” That’s why the EC is  educating customs on best practices to help prevent the smuggling as much possible. “Every single kilo getting in illegally, we are trying to tackle.” 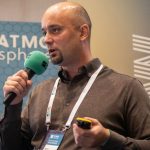 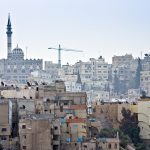