Brazilian compressor manufacturer Embraco will launch its fourth generation of its propane (R290) compressors – the NEX family – at the Chillventa eSpecial, taking place online on October 13-15.

“It is a solution for food retail and, specially, food service, in applications such as beverage coolers, ice makers, professional kitchen appliances and blast chillers,” said Gilmar Pirovano, Business Senior Manager at Nidec Global Appliance. The main attributes of the series are “robustness and reliability,” Pirovano explained.

The main difference between the NEX and its predecessors is an increase in the platform maximum displacement from 18.7cc to 21cc, giving the NEX a maximum cooling capacity of 1620W in MBP condition. It also increases the energy efficiency by 10% in LBP condition, is 25mm (0.98″) shorter than the previous NT models, and has a lower noise level.

Embraco will also introduce a new portfolio of unhoused condensing units, powered by scroll-type compressors, at the Chillventa eSpecial.

Embraco describes the new portfolio as “highly efficient” and state that it is compliant with the new European energy efficiency regulations. The new models extend the company’s range from 2.5kW to 5kW, and come in both medium and low-temperature models.

“This solution is a very affordable option for remote systems, serving applications such as cold rooms, milk tanks, reach-in cabinets and others,” said Alessandro Pedrazzi, Business Senior Manager at Nidec Global Appliance, the owner of the Embraco brand.

The new condensing units can be equipped with features like liquid lines, liquid receivers and valves, thus eliminating the need for the installer to customize it later, according to a press release from Embraco Nidec. The models can also be equipped with a side glass, which allows to check how the system is working.

Embraco is not just exhibiting at Chillventa eSpecial, the company is also hosting two webinars and nine round table discussions during the event’s supporting program.

One of the webinars, presented by Pirovano, is titled “Embraco Variable Speed Solutions with Smart Drop-in Feature” – a simple and effective way to start the migration from fixed to variable speed compressors. It will take place October 14, 2 pm CEST. 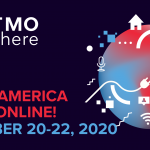 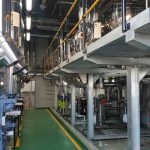