In a Motion for Resolution, the European Parliament has communicated to the European Commission the need to be ambitious in the upcoming revision of the EU F-Gas Regulation, due in the first half of 2022.

The motion was published last month to address climate-related issues ahead of the 26th Convention of the Parties (COP26) to the United Nation Framework Convention on Climate Change (UNFCCC), which runs through November 12 in Glasgow, U.K.

The paragraph on fluorinated gases stresses the need for a fast phase out of HFCs in order to help reduce overall GHG emissions causing global warming. Notably, the adopted resolution diverges from the wording of the Kigali Amendment, calling for a phase out rather than a phase down of HFCs. HFCs are part of a group of short-lived climate pollutants, which also includes methane, which remain in the atmosphere for a much shorter period of time than the primary GHG, CO2, thus providing an opportunity for significant lessening of global warming.

This Parliament’s Motion for Resolution is likely to inform its position during its meetings with the European Council following the European Commission’s F-Gas proposal in 2022.

Though not legally binding, Motions for Resolution are meant to transmit to other European institutions and member states, and in this case other attendees of COP26, the stance of the European legislative body on topics of concerns for the European Union.

The Motion for Resolution was brought forward by seven members of the European Parliament on behalf of the Committee on the Environment, Public Health and Food Safety: Pascal Canfin (Renew Europe Group), Lídia Pereira (Group of the European People’s Party/ Christian Democrats), Javi López (Group of the Progressive Alliance of Socialists and Democrats), Nils Torvalds (Renew Europe Group), Pär Holmgren (Group of the Greens/European Free Alliance), Catherine Griset (Identity and Democracy Group) and  Petros Kokkalis (GUE/NGL). It was adopted on October 21.

Besides targeting HFCs phase-out measures, the Parliament also urges the European Commission to increase action to prevent additional use of sulphur hexafluoride (SF6). 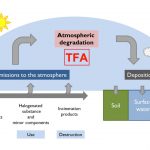 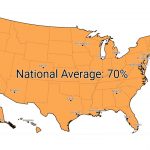