Every three years, the retail world converges in Düsseldorf, Germany, to attend EuroShop, which bills itself as “the World’s No. 1 Retail Trade Fair.”

Three years is practically a lifetime in retail, and so the 2020 edition of EuroShop, taking place February 16-20, should prove to be a melting pot of new trends and development in natural refrigeration as well as retail in general.

To find out what key industry players are seeing for retail refrigeration now and in the future, Accelerate Magazine surveyed 18 HVAC&R manufacturers that supply natural refrigerant equipment. They discussed trends in everything from refrigerants and system configurations to efficiency and store formats, and more. See what they will be showcasing at EuroShop this year here.

The Shift to Small

One of the major shifts taking place in food retail is the proliferation of small-format stores, particularly in urban areas. U.K. market research firm BSRIA has a new report – “Impact of the changing food retail market on the HVAC&R and control segments” – that sheds light on this trend in the French marketplace.

“In France, a shift is taking place from the past model of large hypermarkets to a model with more convenience stores located in city centers,” the report said. In addition, Internet shopping and the “click & drive” model “are having a strong impact on the format of stores and consequently on the type of equipment.”

“Stores with a sales area greater than 1000m2 (10,794ft2) will prefer CO2 as a refrigerant, but stores with an area less than 1,000m2 will consider R290 or HFOs,” said Elisa Argenta, Marketing & Communications Manager for Frascold.

I believe there will be a shift towards self-contained R290 cases due to lower service and installation time and skill requirements.

The latter are as easy to install and maintain, he said. “Space-saving, easy maintenance, low energy consumption, and residual heat reuse for the store’s heating and hot water will become more and more important for retailers.” And by removing heat from the store, water-loop self-contained cases don’t force the use of additional air conditioning in the summer, as air-cooled cases might.

Novum, an Irish manufacturer of self-contained, glass lid/door display cases using R290, offers “LEAP” units that have removable cassette-based refrigeration units; these can be serviced at the factory rather than in the store. “This solves any ‘propane service concerns’ customers may have,” said Eoin Lennon, Chief Technical Officer, Novum.

The lower maintenance demands of plug-in cases lessen the need for skilled technicians at a time when their numbers are diminishing, Lennon noted. “I believe there will be a shift towards self-contained R290 cases due to lower service and installation time and skill requirements.”

Novum’s plug-in cases are now able to meet the entire low-temperature requirement for any store, said Lennon. “For new stores, or especially refurbish- ments of old existing stores, this means there is now a serious credible alternative to remote low-tempera- ture systems, he said. “Simply decommission the old and wheel in the new, job done!”

Last year, the prospects for propane in commercial refrigeration improved when the International Electrotechnical Commission (IEC) increased the amount allowed in self-contained cases to 500g from 150g. “We believe it will now be easier to implement propane thanks to approval of the increase in refrigerant charge to 500g,” said Sebastiano Di Lena, Group Marketing Manager – Food Retail for, Italian component maker Carel.

Despite its popularity, propane will not be unopposed in the small-format store arena. CO2, though primarily used in rack systems in larger stores, is increasingly being used in condensing units in small stores.

For example, since introducing outdoor CO2 condensing units in Europe in 2017, Japanese OEM Panasonic, has sold 600 units as of last October, according to Gaku Shimada, Overseas Sales Manager for Panasonic’s Refrigeration System Sales Department. In marketing these units, Panasonic has targeted small-format stores, gas stations, fast-food chains and restaurants, said Shimada during a presentation at ATMOsphere Europe, in Warsaw, Poland, on October 16.

In another example, Area Cooling Solutions, based in Barcelona, Spain, has developed an indoor CO2 condensing unit, the iCool Max CO2, for small urban stores. system is designed for retail outlets such as supermarkets, grocery stores, markets, petrol stations and convenience stores up to 200m2 (2,153ft2).

Even Danish OEM Advansor, which has installed more than 6,000 transcritical CO2 racks, is catering to small stores with its Minibooster and Tower units, which have a small footprint for stores where space is limited, said Jasmine Lange, marketing coordinator for Advansor.

Despite the inroads made by CO2 condensing units in smaller stores, in medium- to-large supermarkets, CO2 rack systems are still king.

CO2 racks “have been growing a lot and fast in the past few years, not only in the commercial retail segment but also with growing interest from the industrial market, for example in food manufacturing such as bakeries and meat processing,” said Lydia Matthäus-Wiltink, Business Development Manager for German OEM Teko, which had installed more than 4,000 CO2 racks in the market by the end of 2019. “We expect this trend to continue and most likely to grow even further in 2020 and beyond.”

The use of efficiency-enhancing technologies like ejectors and parallel compression in transcritical CO2 systems continues to grow, enabling the systems to be used efficiently in high ambient climates. “The efficiency of transcritical CO2 systems is improving year over year,” said Advansor’s Lange. “Ejectors are playing a role in warmer climates, and we believe very strongly in this technology. We are also introducing it on smaller systems now.”

Enrico Zambotto, Refrigeration Director, for Italian OEM Arneg expects parallel compressors to become a “standard” feature in transcritical systems, while in warm climates, ejectors will increase in use.

Manufacturers are continuing to come up with new ways to improve efficiency of refrigeration systems. For example, Advansor is seeing “very good efficiency gains with permanent magnet motors in compressors,” said Lange. With all efficiency measures taken into account, “there can be a difference of more than 25% (SEPR) in warm climates between a standard solution that was top of the line five years ago and a high-end solution today.”

Epta has developed its own energy-saving transcritical technology, the full transcritical efficiency (FTE) system. The company is promoting this technology through its participation in the Life-C4R (Carbon 4 Retail) project, which is co-funded by the EU and coordinated by Epta.

Life-C4R was created “to accelerate the dissemination and implementation of very-high-efficiency CO2 refrigeration systems as a way of reducing GHG emissions and cutting energy consumption,” said Epta’s Mastrapasqua.

In 2020, Epta plans to complete a full lifecycle analysis of a transcritical system using FTE according to the standards of lifecycle climate performance (LCCP) “to certify the project’s carbon footprint and environmental performances,” said Mastrapasqua. “We expect the total lifecycle environmental impact of the store to become the main technology trend and key decision factor.”

In Europe, Ecodesign and Energy Labeling requirements, adopted in 2019, will enter into force next year. The new regulations “are game-changers for the commercial refrigeration sector,” said Francesco Scuderi, Deputy Secretary General of industry group, Eurovent. “They are expected to result in a phase out of certain products on the European market and increase the demand for the best market-avail- able technologies.” (Eurovent will host a seminar at EuroShop titled “European Ecodesign and Energy Labeling Regulations for Commercial Refrigeration Equipment” on February 17.)

Epta uses the new Ecodesign and Energy Labeling schemes, said Mastrapasqua. This “will introduce bans on the most energy-demanding products and push our clients in the direction of more efficient products.”

Energy-efficient HVAC&R products will become part of the “circular economy,” Mastrapasqua said. “This will be more and more crucial in our sector. The challenge is to respect the principles of this model, based on re-use, greater efficiency, durability of products, new technologies and materials capable of reducing consumption and the exploitation of resources.”

The Growth of Integration

Another driver of efficiency in retail refrigeration is system integration: refrigeration, air conditioning and heating served by one rack system. Bitzer is expecting growing market share for integrated systems in stores greater than 1,000m² (10,764ft²) in size, said Patrick Koops , head of public relations for Bitzer.

“System integration is something we’ve already been doing for some time in partnership with WURM Systems and GTM Gebäudetechnik Management,” said Teko’s Matthäus-Wiltink. The partnership “combines heating, cooling, lighting, controls, etc. all in one system, right from first design.”

Integrating systems increases the overall store efficiency and reduces costs, noted Matthäus- Wiltink. “This makes total sense for supermarkets and others, and many successful installations we’ve been involved in are proof that this concept is the right way forward.”

Advansor has been selling integrated transcritical systems for many years with its Sigma units, “and this is a standard for us now,” said Lange.

For many HVAC&R companies, the adoption of efficient natural refrigeration technology is a vital part of confronting the climate emergency. “We are living in an era of change and transformation towards a more environmentally friendly model,” said Epta’s Mastrapasqua. “We must support our clients who share our same vision in creating climate-neutral stores.”

This article originally appeared in the February issue of Accelerate Magazine.

Fricon Propane Cases Designed for Up to 55% in Energy Savings 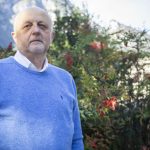