At the Virtual Trade Show that ended its 24-hour global run earlier today, German manufacturer GEA pointed out that natural refrigerants can serve as key alternatives to f-gases in every cooling application.

Blankley was joined in the webinar by Professor Michael Kauffeld of Karlsruhe University of Applied Sciences.

The Virtual Trade Show, hosted by shecco (publisher of this website), took place live around the world over a 24-hour period from September 1-2. The webinars and information from 77 exhibitors will be available on the show platform until September 30. Those who did not register for the live event can register for access to the post-show material, by clicking  here.

GEA is a long-time supplier of natural refrigerant systems offers modules on working with CO2, ammonia (NH3), and hydrocarbons.

For GEA, fluorinated refrigerants such as HFOs and HFCs are “an ending story,” said Tom Eelen, Head of Sales and Sales Support at GEA Refrigeration, in an interview at the show.  By contrast, he added,  “natural refrigerants are a never-ending story.”

In his presentation, Blankley cited Aurivo, an Irish dairy company, as just one example of the possibilities of natural refrigerants like ammonia. “GEA supplied the [ammonia] cooling system, and actually harnessed the heat from the cooling plant via a heat pump system to raise the water to a pasteurization temperature of 78°C (172.4°F).”

The webinar also addressed the importance and success of reducing f-gas use globally. The move back to low-GWP refrigerants has been a gradual but accelerating process, Kauffeld noted.

“It took 60 years to realize that CFCs damaged the ozone layer,” said Kauffeld. “It took us 30 years to acknowledge that HFCs contribute to global warming. And it will take 15 years until we have enough evidence so that the HFOs will disappear again.”

It took 60 years to realize that CFCs damaged the ozone layer. It took us 30 years to acknowledge that HFCs contribute to global warming. And it will take 15 years until we have enough evidence so that the HFOs will disappear again.” 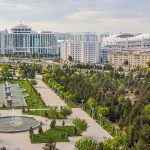 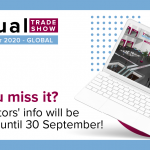