German manufacturer GEA Refrigeration has introduced what it calls the world’s first semi-hermetic compact ammonia compressor, the CompaX, at this week’s ChillVenta eSpecial.

The new CompaX compressors are suitable for light industrial applications, but also for outside air conditioning installations, and “extended AC applications” like data center cooling and fruit cooling.

The main advantages of the series are its compactness, reliability and efficiency, Ron Hoffmann, Product Manager for Screw Compressors at GEA, told the ChillVenta audience, while also stressing the safety of the products.

The semi-hermetic compact compressors have a high capacity and “equal efficiency as an open industrial compressor,” according to Hoffmann, and the best “part load” and “changing conditions” efficiency.

The CompaX models are screw compressors with copper windings. They have a variable speed motor, with a range of 1200-5200RPM. They are suction gas-cooled and equipped with an oil separator with integrated two-stage separation. The compressors have no external piping, and a smaller amount of oil.

Two models, the CompaX 700 and 900, are already commercially available in Europe, with more regions to come. The company is also working on expanding the range, with CompaX 300 and 400 models coming soon.

The CompaX 700 and 900 compressors have been extensively tested in the field since 2017. GEA has accumulated 16,000 testing hours without encountering any problems, Hoffmann said. Test sites and applications include air conditioning at a biotech company in Germany, and a fresh food producer in the U.K. 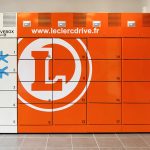 Pandemic Drives Use of ‘Click and Collect’ R290 Refrigerated Lockers 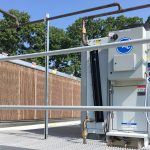