When it escapes into the atmosphere, the HFO R1234yf – used widely in motor vehicle air conditioning and in food retail applications in blends with HFCs – lasts only up to two weeks. It then breaks down completely into trifluoroacetic acid (TFA), a highly durable and mobile substance.

TFA descends via rainfall as a form of “acid rain” to the earth; there it accumulates in various bodies of water, including rivers, streams, lakes and wetlands.

Numerous studies have been done about TFA’s potential for environmental harm. The consensus is that, for the foreseeable future, the accumulation of TFA will be too small to pose a threat to the envi- ronment and humanity.

But in sufficient quantities, TFA can be a destructive substance. In pure form, it is harmful when inhaled, and causes severe skin burns; in concentrations as low as that approaching 1mg/l, it may be toxic to some aquatic life forms.

Given the durability of TFA, and the growing use of R1234yf throughout the world in different applications, will there be a point when enough TFA has accumulated to harm the environment? How long would it take?

While R1234yf is allowed in Germany, the German Environment Agency (Umweltbundesamt or UBA) has been carefully monitoring the concentration of TFA in drinking water. The UBA has set the Health- Related Indicator Value (HRIV) – the trigger point for taking action – for TFA in drinking water at 3 micrograms (μg)/l.

Meanwhile, the German Federal Government is funding a research project that will study HFOs and TFA, with a focus on the refrigeration/air conditioning sector. The study is called “Persistent degradation products of halogenated propellants and refrigerants in the environment: type, environmental concentrations and fate with special consideration of new halogenated substitutes with a low global warming potential.”

“We hope to have it published beginning of [2021],” said Gabriele Hoffmann of the UBA. “There will be also an English version.”

Many stakeholders throughout the global HVAC&R industry have expressed concerns about the potential environmental, health and safety impact of HFOs in the future as their usage continues to grow in 2021 and beyond.

Large-scale emissions of HFOs that convert to TFA could result “in yet another environmental crisis,” said János Mate, Senior Policy Consultant, Greenpeace. “Why take such risks? Have we not learned the key lesson the ozone and global warming crises have taught us: it is much easier to break than to restore nature’s balance.”

“We do not know the long-terms effect of these HFO refrigerants,” said Claus Schøn Poulsen, Central Manager, Danish Technological Institute. “The environment should have the benefit of the doubt.”

“There is a natural refrigerant available for every application that has been tried and tested and without any harm to the environment,” noted Wynand Groenewald, Founder of Future Green Now, a South African consultancy.

Collin Bootsveld, Project Engineer, Belgium grocer Colruyt Group, pointed out that it’s not just R1234yf (the HFO with the greatest conversion to TFA) but HFCs still in use like R134a and R143a that break down into TFA. “I suggest we add TFA to the existing list of ODP and GWP in order to evaluate chemical refrigerants,” he said.

Given the uncertainty around their future environmental impact, “ I see some market skepticism about HFOs, and the belief that they will eventually end up with their own phase-down situation in the future just like HCFCs and HFCs,” said Kurt Liebendorfer, Vice President of U.S. manufacturer Evapco.

“It’s difficult to have confidence in something that is relatively new compared to natural refrigerants, which have a long history of use and are already so abundant in the environment,” noted Caleb Nelson, Vice President of Business Development for Azane, a U.S. manufacturer of low-charge ammonia systems. “It’s obvious that even the HFO producers have a history of not knowing what they don’t know in terms of side effects of their chemicals.”

Mate observed that HFO blends have a high GWP compared to natural refrigerants, such as R449A with a GWP of 1282 and R513A with GWP of 573. “But the chemical industry masquerades all HFOs as low-GWP refrigerants,” he said.

Those HFO blends are being aggressively promoted in the North American ice rink industry, with the support of the National Hockey League (NHL). Canadian contractor Cimco Refrigeration has been “fighting the very competitive push by HFO [blends] into the rink market,” said Benoit Rodier, its Director of Business Development. “The NHL’s position is hard to understand. They have been widely using natural refrigerants with no impact on the environ- ment and now they are turning towards synthetic solutions with 700-GWP solutions.”

Some observers believe that HFO blends, particularly as drop-in replacements for HFCs, will serve as a bridge to natural refrigerants. “These refrigerants may be necessary for some customers to reduce the number of current systems using refrigerants such as R22 and R404,” said Richard Wayne Gilles, Senior Product Leader – Distributed Solutions for U.S. OEM Hussmann.

Stefan Jensen, Managing Director of Australian OEM Scantec Refrigeration Technologies, noted that mounting evidence suggests HFOs should be an interim solution only. He alluded to another concern about R1234yf – the production of the acid HF upon combustion. “It is believed that the combustion products of HFOs should be one of the factors that are considered in the standards and codes of practice regulating their use.” 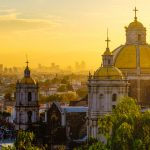 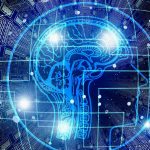 A ‘Banner Year’ Expected for Digitalized Controls in 2021