The patented ThermX thermal collector – a “three-party heat exchanger” – is installed between the compressor and the condenser. It is designed to channel heat from the sun to the compressor’s refrigerant discharge, which is contained within the copper piping of the system. This, the company says, improves heat transfer (delta T) at the condensation point, thereby improving subcooling, increasing the quality of liquid flow through the expansion valve, reducing or eradicating flash gas, and enhancing the cooling capacity in the evaporator.

Recognizing this improvement, the system controller allows a variable-flow compressor to slow down (or a staged system to shut down), achieving energy reduction, the company says. The more sun, the more energy saved.

The improved efficiency of the system, and the resulting reduced compressor workload, can result in up to 60% reduction of the energy consumption in commercial refrigeration systems, according to SolXenergy. The system works best with air-cooled variable refrigerant flow (VRF) systems. However, the system does not work in cooling systems with a single, fixed-speed compressor.

ThermX is used by companies like Texaco, Pizza Hut, Cummins, SPAR, Applebee’s and Sodexo, according to SolXenergy’s website. It has also been installed in leisure centers, schools and casinos, according to Russell Eaton, sales manager at SolXenergy.

The system has been available globally in the retrofit market since mid-2015 and, as of August 2019, SolXenergy has installed the ThermX in 47 different countries, Eaton said.

The original ThermX model was developed for systems using traditional synthetic refrigerants. “We are currently developing a new version of our ThermX panel which will be able to be installed on CO2 systems,” said Eaton. “We are still in the stage of evaluating the savings on such systems and as such it is a little early for us to commit to a release date.”

Eaton further explained that the ThermX would deliver savings on R290 systems, but due to the risks involved with flammable refrigerants, the company has not pursued development in this area.

ThermX will also deliver savings on ammonia-based systems using air condensers, but due to the typical size of such systems the company has yet to identify a client who is prepared to be an early adopter, Eaton added.

The company has not disclosed system costs, but said that typically one solar collector is required for between 12.3kW (3.5TR) and 24.5kW (7TR) of cooling. “A typical baseline ROI is almost always below four years, majority below three years, and in some case below two years,” the company says on its website.

In addition to being supplied as a complete packaged solution for all applications, the solar thermal collection system can be retrofitted onto most types of existing screw type, digital scroll, inverter and staged scroll refrigeration, HVAC and chiller systems. Capacities include 2.6-12kW (0.74-3.4TR) for split residential AC systems to 7-900kW (2-256TR) for commercial chillers.

ThermX can also be used to enhance heating in a heat pump, where it works almost the same way, reversing the flow from the cooling mode.

The largest ThermX installation in the UK is at a company called Chingford Fruit, a fruit packaging company based in Kent, southeast England. Chingford Fruit’s site encompasses 5,575m2 (60,000ft2) with a 1 MW refrigeration system. After installing 54 ThermX thermal collectors on the roof of its facility in February 2016, Chingford fruit experienced a 92,500kWh reduction in energy consumption over a two-and-a-half month evaluation period. The reduction came despite production being much higher than the previous year, according to Colin Ormerod, central services manager at Chingford Fruit. 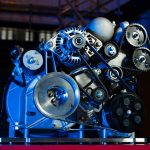 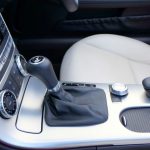