“The data gained from measurements and models demonstrate that the performance of integrated MultiPACK systems makes them feasible in a southern European climate,” said Michael Jokiel, Master of Science in Thermal Energy at Norwegian research institution Sintef, one of the researchers behind the study.

However, the project is ongoing, and there is still room for improvement, both in the actual refrigeration installations, and in the simulation models used, Jokiel stressed.

Jokiel shared the results in a webinar on MultiPACK at shecco’s Virtual Trade Show for natural refrigerants on September 1, 2020. (shecco is the publisher of this website.) He was joined by Professor Armin Hafner and Dr. Ekaterina Kirezi from NTNU (Norwegian University of Science and Technology). The webinar, along with all other materials from the trade show, is available here until September 30.

The MultiPACK project started in 2016 and is expected to wrap up in September 2021. It is funded by the European Union’s Horizon 2020 program and project partners include the Norwegian University of Science and Technology (NTNU), Sintef, CNR-ITC, Danfoss, enex, Sonae and retailer RACE. The project is led by NTNU.

MultiPACK aims to build confidence in new cooling and heating technologies, by demonstrating the performance and efficiency of next generation standardized solutions, and is mainly looking at applications like supermarkets, and buildings with high energy demand like hotels and gyms.

The MultiPACK system is a fully integrated CO2 solution providing refrigeration, heating and air conditioning. The units include parallel compression, overfed gravity evaporators, ejectors for vapor compression and liquid recirculation, and air-to-water heat pumps. The units and also include heat recovery for space heating and hot water production, and are fully instrumented for performance monitoring.

The solutions are scalable and adaptable to different refrigeration/HVAC load ratios, and HVAC system designs.

To demonstrate the feasibility, reliability and serviceability of the MultiPACK solutions, the project has installed three supermarket test systems, one in Portugal and two in central and northern Italy. Three more test installations are underway in buildings with high energy demand like hotels and gyms.

All three supermarket demonstration systems are closely monitored to ascertain their performance compared to Key Performance Indicators (KPIs) identified by the project partners. These KPIs include: Reduction in total energy demand and CO2 emissions, reduction in total cost of ownership, and operating temperature and pressure of the evaporators.

The reference system in Portugal is a CO2/R134a cascade system. In Italy the project has also benchmarked its results against both an HFC system and a CO2 booster system without air conditioning and ejectors.

Test results from the MultiPACK’s heat pump water chiller showed a coefficient of performance (COP) of 4.9 at high load with both compressors running, and a COP of 5.3 at part load with one compressor running. This equates to an estimated energy saving of 10% at high load and 7% at part load, according to Hafner.

The end users participating in the project have also been pleased with the results so far, and the stability of the system. “The system has been working like a ‘Suisse clock’, so there are not many issues to resolve,” said Luis David, Building Efficiency Director at RACE.

The project has obtained data from both actual measurements of system performance and from modeling. The measured data is then used to validate the models.

The simulated data obtained from the models is valuable in terms of increased understanding of the complex systems, and gives information on non-measurable system parameters, according to Jokiel. “It can also help when testing new designs and control strategies without test rigs,” he added.

One of the project conclusions is that integration of ejector technology improves the efficiency of the CO2 units, especially the chiller units, which has a higher temperature glide, said Hafner.

Another conclusion is that training and knowledge transfer is the key to a successful introduction of natural refrigerant-based cooling and heat pumps, Hafner added.

He also suggested the World Bank, and other multilateral funds, should support and cover “additional first costs with affordable loans” that end users can pay back during the operational phase, via the savings they achieve with the new more energy-efficient systems.

Installing, testing and proving the efficiency of the MultiPACK solutions haven’t been entirely without challenges. The main obstacle for the test installation was that the HVAC system was owned and operated by the building owner, and the refrigeration system owned and operated by the supermarket owner renting the space. This meant that coordination and alignment was complicated in the beginning.

Finding and training the right service people, with the right mindset, to work on integrated systems, rather than having two separate service teams, was also needed, explained Kirezi.

The project also experienced some practical challenges, like failure in sensors and calibration equipment, and the non-optimal location of temperature sensors. 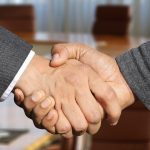 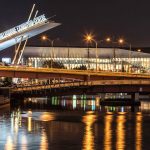