The workshop, held on October 16. under the “Be Cool with CO2” banner, drew attendees from Bosnia and Herzegovina, Croatia and Serbia, according to a press release from CSG.

The workshop was accredited and funded by Real Alternatives 4 LIFE (RA4LIFE), an EU-funded learning program. It was organized by CSG in collaboration with the Italian and Croatian Associations of Refrigeration Technicians.

“Centro Studi Galileo is encouraging – and working hard on – the HVAC&R sector’s education on the safe and efficient use of alternative and natural refrigerants,” said Silvia Romanò, Head of International Affairs for CSG. “It is rewarding to receive such a big response from our partner countries and companies, showing that a united sector can go a long way.”

The program for the workshop included an introduction to the European regulatory framework and an overview of the characteristics and benefits of a number of natural refrigerants. After the introduction, the workshop focused on the properties and advantages of using CO2 as a refrigerant. It included presentations from Professor Marino Grozdek, University of Zagreb, and representatives from Carel Industries, sponsor of the event, and MB Frigo, a local distributor.

Participants included design engineers, installers, contractors, distributors and company owners, all of whom reported “great satisfaction with the high quality of the training provided,” according to the CSG press release.

It is rewarding to receive such a big response from our partner countries and companies, showing that a united sector can go a long way.”

Following this first event, CSG is planning to hold two to four more workshops within the next year, including events focusing on other types of natural and alternative refrigerants, according to Romanò. The goal is to hold them in different countries around EU, and possibly even outside EU, she concluded.

Centro Studi Galileo offers training and information in the refrigeration, air conditioning and renewable energy sectors. The center was founded 45 years ago in Casale Monteferrato, Italy, and collaborates with organizations like the International Institute of Refrigeration, United Nations Industrial Development Organization and the United Nations Environment Programme.

RA4LIFE, which started in 2015, supports the safe use of alternative refrigerants like CO2, ammonia and hydrocarbons. It offers printed training guides, interactive e-learning, tools and assessments, in more than 15 European languages. 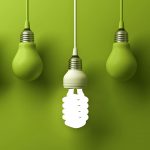 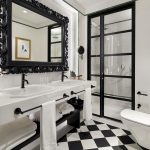