The Hashemite Kingdom of Jordan ratified the Kigali Amendment on October 16, becoming the first Middle Eastern country to do so. This brings the number of countries that have committed to phasing down high-GWP refrigerants up to 88.

Under the Montreal Protocol, Jordan is defined as an Article 5 – Group 1 nation. These countries are required to freeze HFC production and use (compared to baseline) by 2024, with an 80% reduction by 2045. Several other Middle Eastern countries – Bahrain, Iran, Iraq, Kuwait, Oman, Qatar, Saudi Arabia and the United Arab Emirates – fall under Article 5 – Group 2, which are not required to freeze production and use until 2028, with an 85% reduction by 2047.

In February 2018, Jordan also became the first country in the Middle East to adopt CO2 transcritical technology for an Al-Salam supermarket in Amman, Jordan’s capital. This project, funded by the Climate and Clean Air Coalition and implemented by the United Nations Industrial Development Organization (UNIDO), uses parallel compression and ejectors to cope with the high summer temperatures in Jordan.

Meanwhile, on October 18, the U.K. government informed the United Nations that it was extending its ratification of Kigali to include the territory of Gibraltar, located at the southern tip of Spain.

The Kigali Amendment was enacted by 197 countries on October 15, 2016. To see a list of all countries that have ratified the agreement, click here. 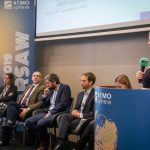 EC and EIA Clash on Illegal HFC Imports in Europe 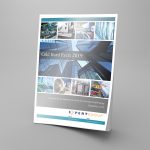