Metro AG has converted all of its R22 stores in Russia to CO2 refrigeration, the final one located in Lipetsk, western Russia.

Next on Metro’s to-do list is the conversion of all of its R404A stores to CO2. The first one up is located in Orenburg, in southwest Russia, near the border with Kazakhstan.

“The R22 is dead, now we will kill softly the R404A,” said Olaf Schulze, Metro AG’s Director for Energy, Facility and Resource Management.

The conversions are part of Metro’s F-Gas Exit Program, initiated in 2013, which aims to reduce the company’s f-gas emissions by 90% by 2030. The progress has been good so far: as of May 2019, 27% of Metro’s stores were using natural refrigerants, including 95 with transcritical CO2.

Not all of the company’s CO2 systems in Russia are configured identically.  Compressors are mainly made by Dorin, but some shops also use Bitzer or Copeland compressors. Of the stores converted in 2019, three have ejectors and two do not.

The return on investment on the premium paid to install natural refrigerant systems rather than conventional equipment with synthetic refrigerant is less than five years, according to Schulze, but “the ROI is not the driver for the exchange,” he added. “The clear strategy of Metro is to invest only in NatRefs.” 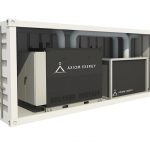 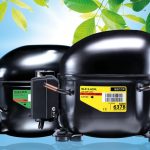